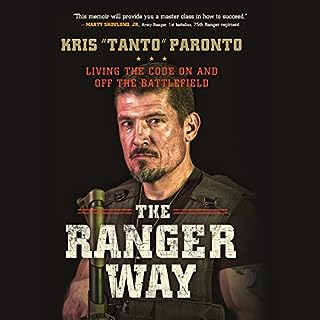 Thousands of people have heard Kris "Tanto" Paronto speak about his experiences in Benghazi on September 11, 2012. But before he was a security contractor, Tanto was a US Army Ranger from Second Battalion 75th Ranger Regiment. Rangers are trained to lead by being pushed to their physical and mental limits so that they can perform against impossible odds in punishing situations. In The Ranger Way, Tanto shares stories from his training experiences that played a role in his team's heroic response in Benghazi.

Such a wonderful person. A true patriot. I would like to thank him and everyone that has served in the military. And those in the police, medical and fire service. Thank you.