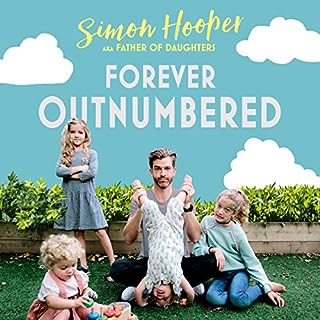 From uninitiated parents-to-be to those who know the ropes in families large or small, everyone will find something to relate to in Simon's hilarious and chaotic tales of his own home life. His observations of being a father have delighted his hundreds of thousands of followers on Instagram: before now dads are often the forgotten ones who carry the luggage, open stiff jars, take photos on holiday, fix broken bikes, go back to work, do the night feeds and make a mean beans on toast with melted cheese without so much as a pat on the back. All too often dads shrink into the background. But not in this audiobook.

listening to this book as left me with insight, amusement and with an odd sense of reassurance about having kids.