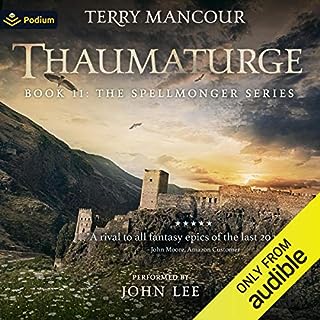 When Minalan the Spellmonger was exiled from his beloved mageland of Sevendor by Prince Tavard, his friend Duke Anguin made him Count Palatine of the Magelaw, a vast realm in the Alshari Wilderlands with which Minalan is all too familiar. After the goblin invasion, the province is devastated, ruined, and peopled almost only by freed slaves. But Minalan has brought his recovering wife and family into exile with him, and he views their impoverished fief as an opportunity to build a new City of Magi in the wilderness. 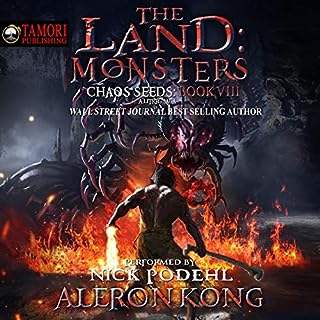 The battle of the dead was won, but at a great cost. Sion, leader of the Mist Village, was left with only pain and regret as Richter was claimed by the abyss. What no one but the abandoned chaos seed knows is that he narrowly avoided the curse of the lich Singh, a curse that still hangs above his head. Now, surrounded by miles of darkness and tons of crushing rock, Richter has to find his way back into the light.

love the last book this one is all stats/leveling

spoiler The chaos seed moves 5 m through a cave end book "Do better dick pimple.... I hate you" haha 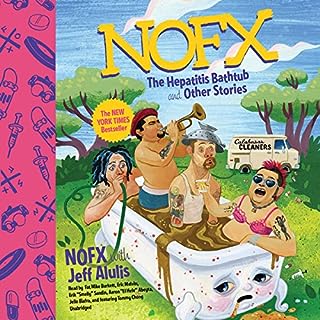 NOFX: The Hepatitis Bathtub and Other Stories is the first tell-all autobiography from one of the world's most influential and controversial punk bands. Fans and non-fans alike will be shocked by the stories of murder, suicide, addiction, counterfeiting, riots, bondage, terminal illness, the Yakuza, and drinking pee. Told from the perspective of each of the band's members, this audiobook looks back at more than 30 years of comedy, tragedy, and completely inexplicable success.

so much more respect for NOFX now !!

bloody amazing what they went through survive and came out on top on . I will be listing to this again great book. love these drugged fecked sickos