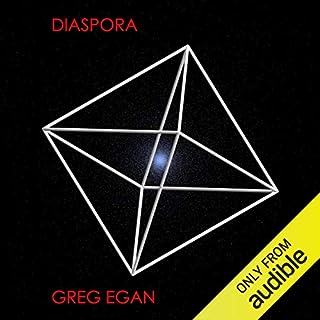 Behold the orphan. Born into a world that is not a world. A digital being grown from a mind seed, a genderless cybernetic citizen in a vast network of probes, satellites, and servers knitting the Solar System into one scape, from the outer planets to the fiery surface of the Sun. Since the Introdus in the 21st century, humanity has reconfigured itself drastically. Most chose immortality, joining the polises to become conscious software.

I've read nothing quite like it. It throws the physics text-book at you but still imagines an incredibly comprehensive future for humanity.