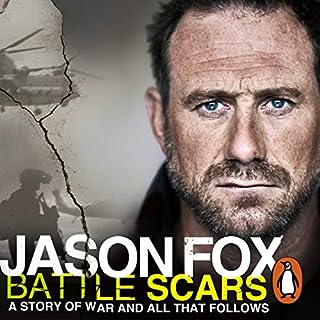 Jason Fox served with the SBS for over a decade, thriving on the close bonds of the Special Forces brotherhood and the ‘death or glory’ nature of their missions. Battle Scars tells the story of his career as an elite operator, from the gunfights, hostage rescues, daring escapes and heroic endeavours that defined his service to a battle of a very different kind: the psychological devastation of combat that ultimately forced him to leave the military and the hard reality of what takes place in the mind of a man once a career of imagined invincibility has come to an end.

Fascinating story of a life lived in danger at full throttle, healing the fallout from that & re finding one's mojo & truth. I've been inspired. 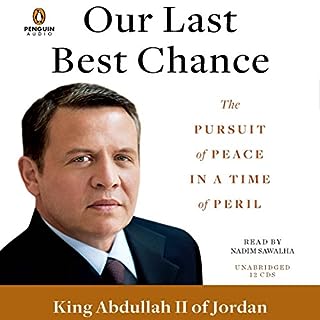 A news-breaking memoir revealing the secret, high level negotiations that could soon transform the map of the Middle East. Why would a sitting head of state choose to write about the most explosive issues he faces? King Abdullah does so now because he believes we face a moment of truth: a last chance for peace in the Middle East. The prize is enormous; the cost of failure far greater than we dare imagine.

I hesitated to buy this book thinking it might be dry & overly political. Far from it! I just could not stop listening. The life & times of Abdullah & his father King Hussein are fascinating. It gives an intimate view of events that have shaped the whole region from those who were part of them. Full honours to Jordanian actor Nadim Sawalha who narrates. He suffuses each phrase with life and keeps the listener enthralled.