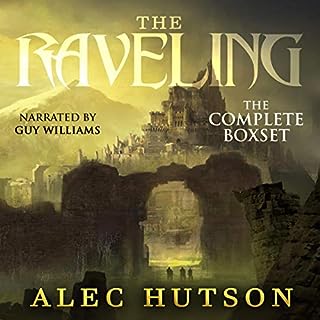 Long ago, the world fell into twilight, when the great empires of old consumed each other in sorcerous cataclysms. In the south, the Star Towers fell, swallowed by the sea, while the black glaciers descended upon the northern holdfasts, entombing the cities of Min-Ceruth in ice and sorcery. Then from the ancient empire of Menekar, the paladins of Ama came, putting every surviving sorcerer to the sword and cleansing their taint from the land. The pulse of magic slowed, fading like the heartbeat of a dying man. But after a thousand years, it has begun to quicken again.

From start to finish I loved everything about this series, the main characters where interesting and the evil that was unleashed really had me wanting more, had a hard time putting this down. 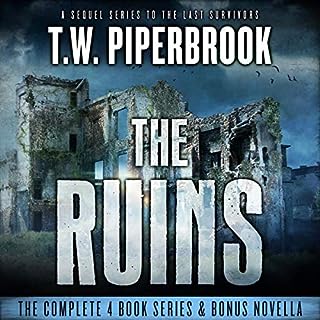 Three survivors travel the ruins of a collapsed society, sifting through the rusted relics of the Ancients' civilization as they search for a better future, hoping to escape the horrors of the past. But among those treasures lurks danger. And what they discover might be worse than what they left behind.

One of the best Apocalyptic tales

Loved the story, all the main characters where great including the despicable ones. The Narrator was great also really sold the story. 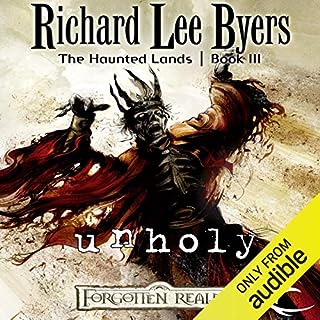 Join heroes fighting the undead hordes! A powerful undead sorcerer reigns in Thay over a frightened people and hordes of undead. The mageocracy in exile, masters of no more than their beaten army, watch from distant shores as the new King of Thay prepares a great magical ritual - a ritual they cannot allow him to bring to completion. The conclusion of The Haunted Lands series, the events in Unholy will have tremendous impact on the Forgotten Realms world.

I always liked the forgotten realm world, mainly why I enjoyed this series. I just wish I liked the the performance, it was not super bad just not the best I have heard.. 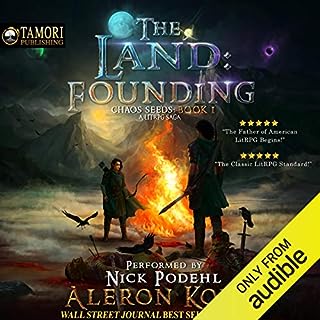 Tricked into a world of banished gods, demons, goblins, sprites and magic, Richter must learn to meet the perils of The Land and begin to forge his own kingdom. Actions have consequences across The Land, with powerful creatures and factions now hell-bent on Richter's destruction. Can Richter forge allegiances to survive this harsh and unforgiving world or will he fall to the dark denizens of this ancient and unforgiving realm? A tale to shake "The Land" itself, measuring 10/10 on the Richter scale, how will Richter's choices shape the future of The Land and all who reside in it?

If you like DND board games you will like this. Well i like a good fantasy fiction but this is not it, seems that stat menu's and quests come up with a toll bell, that rings all the time (its so annoying) and the main character starts off as a self centered power hungry guy put into a world that is running exactly like a board game, then desides to change to a guy that still wants power but to help others and build a better board game world, its not even his world why should he give a crap lol the guy doesnt even miss anything about his life in the real world( the guy must have had no life at all). 😥