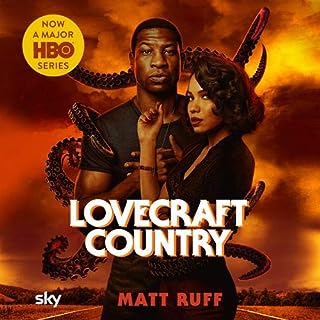 Chicago, 1954. When his father, Montrose, goes missing, 22-year-old army veteran Atticus Turner embarks on a road trip to New England to find him, accompanied by his uncle George - publisher of The Safe Negro Travel Guide - and his childhood friend Letitia. On their journey to the manor of Mr. Braithwhite - heir to the estate that owned one of Atticus’ ancestors - they encounter both mundane terrors of white America and malevolent spirits that seem straight out of the weird tales George devours.

Puts fear Into a new perspective for most

Like with all good novels this story gives the reader a view into the minds and lives of it's characters that are all too familiar to some. This book will shock you with the horrors that are mythical and all to real. Recommend to any book lover who has an open mind