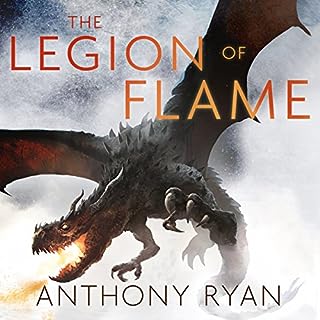 The Legion of Flame is the action-packed second audiobook in the Draconis Memoria series - an enthralling epic fantasy of magic, adventure and the furious battle to forge an empire. Claydon Torcreek has survived drake-infested jungles, hostile tribes and the cold touch of betrayal - yet his troubles have only just begun. The legendary white drake - believed to be nothing more than a myth - has awoken from its long slumber, with a thirst to reduce the world of men to ashes.