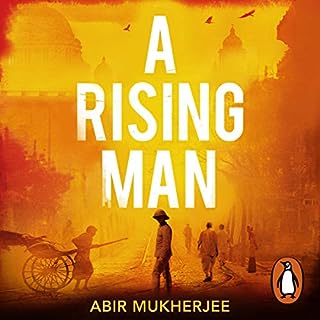 Captain Sam Wyndham, former Scotland Yard detective, is a new arrival to Calcutta. Desperately seeking a fresh start after his experiences during the Great War, Wyndham has been recruited to head up a new post in the police force. But with barely a moment to acclimatise to his new life or to deal with the ghosts which still haunt him, Wyndham is caught up in a murder investigation that will take him into the dark underbelly of the British Raj.

Just my cup of tea. A decent murder mystery with an exquisite backdrop - challenging many of the myths of colonialism and exposing the uncomfortable realities and injustice of this usually very romanticised time.