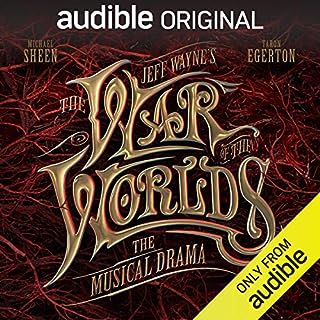 When H. G. Wells first published The War of The Worlds in 1898, the novel quickly became a sci-fi classic. The story of extraterrestrials from Mars invading Earth captured the public’s imagination, inspiring a famed 1938 radio broadcast with Orson Welles, several feature films, countless video games, and a best-selling musical concept album by Jeff Wayne in 1978, among others.

Not the original! No songs!

I was expecting a remastered version of the original. But wait as I may, no songs! The songs are what made my childhood memories and the flashy sound effects did not make up for the nostalgic character of the original. 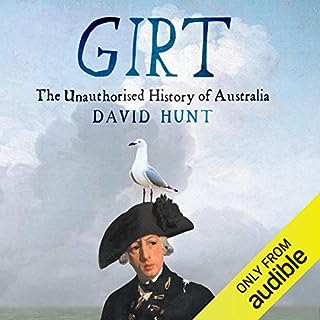 Best history book on Australia ever!

There are many history books I would re-read but I'm now on my second listening. This book is full of hilarious jokes and David Hunt's accented impersonations of characters make listening to the audiobook version better than reading the text. I bought a copy for my family for Christmas. 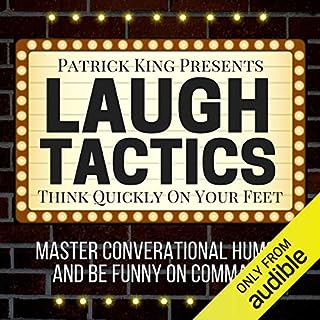 Laugh Tactics is full of strategies that dissect, break down, and analyze all of the types of humor that you'll encounter in daily conversation - stuff you can really use with people you talk to. We're not all trying to become standup comedians, and this isn't a book about ha-ha jokes with setups and punch lines. Learn to simply make a better impression on people, put them at ease, charm them, and make them smile with you.

A book about being funny from someone who really isn't.

This book swapped between common sense, absurdity and formulating corny jokes. Making it It feel like a book about being funny from someone who really wasn't. I believe this book was well written, however the only content of real value came at the end and I have read the same content in another of the authors books. 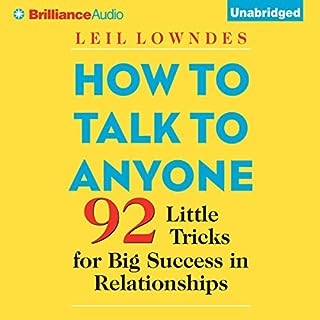 What is that magic quality that makes some people instantly loved and respected? Everyone wants to be their friend (or, if single, their lover!) In business, they rise swiftly to the top of the corporate ladder. What is their "Midas touch?"

This is a book that would have been improved greatly from cutting down on wordy explanations fraught with alliteration, slang, gendered case and unnecessary synonyms. These made the audio-book dull and feel trite. For the majority of the book I felt that 92 was too high a goal for the author and that the number of techniques should have been compressed into 40 &quot;worth while reading&quot; techniques rather than watering down the quality with quantity. 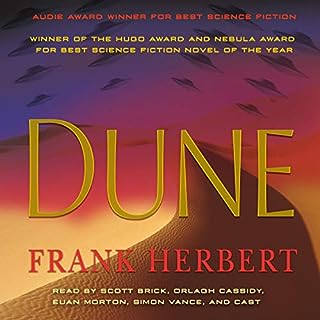 This story is considered a timeless classic for a reason. However, this audio rendition may not have portrayed it in its best light. There were often odd switches in the voices of characters, sometimes being portrayed by a voice actor, sometimes by the narrator. This was very jarring and caused lots of confusion towards the beginning of the story. 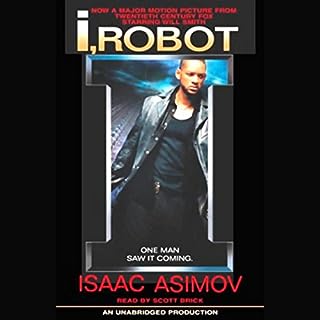 They mustn't harm a human being, they must obey human orders, and they must protect their own existence...but only so long as that doesn't violate rules one and two. With these Three Laws of Robotics, humanity embarked on a bold new era of evolution that would open up enormous possibilities, and unforeseen risks.

Great story, the only complaint being the audio is a little scratchy. Throw away the movie and read the book. 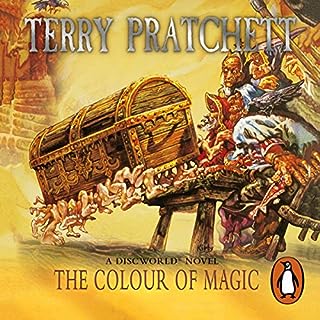 The Colour of Magic, the first novel in Terry Pratchett's wildly imaginative Discworld series, takes the listener on a remarkable journey. The magical planet of Discworld is supported by four massive elephants who stand on the back of the Great A'Tuin, a giant turtle swimming slowly through the mysterious interstellar gulf. An eccentric expedition sets out to explore the planet, encountering dragons who only exist if you believe in them, and, of course, "The Edge" of the planet.

Poor sound quality and the story seemed to get lost with each new chapter. This was my first Terry Pratchett book, the story was entertaining but I doubt that I could sit through another book. 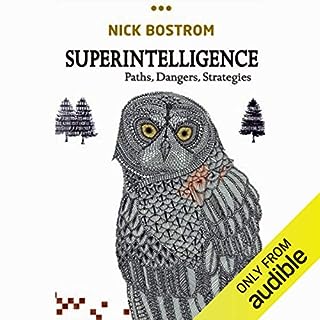 Superintelligence asks the questions: What happens when machines surpass humans in general intelligence? Will artificial agents save or destroy us? Nick Bostrom lays the foundation for understanding the future of humanity and intelligent life. The human brain has some capabilities that the brains of other animals lack. It is to these distinctive capabilities that our species owes its dominant position. If machine brains surpassed human brains in general intelligence, then this new superintelligence could become extremely powerful - possibly beyond our control.

Interesting but long winded in some areas.

Interesting but long winded in some areas I felt by the 16th chapter that I had an in depth knowledge of something important with no one to share it with.