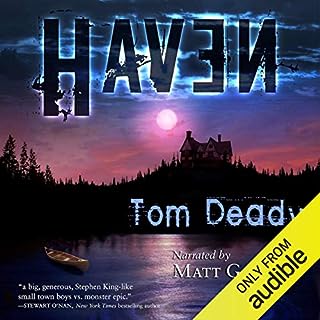 In 1961, the small town of Haven thought they'd gotten rid of their monster. After a series of child killings, Paul Greymore was caught carrying a wounded girl. His face, disfigured from a childhood accident, seemed to confirm he was the monster the community hoped to banish. With Paul in prison, the killings stopped. For 17 years, Haven was peaceful again. But Paul served his time and has now returned to Haven - the town where he grew up, and the scene of his alleged crimes.

Reminders of Stephen King It and stand by me/the body. Lovecraft and stranger things if you like those you'll love this. 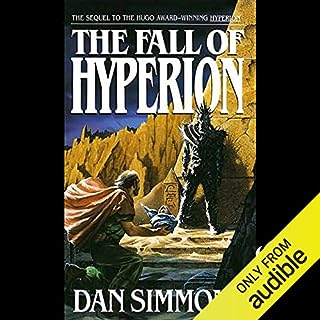 In the stunning continuation of the epic adventure begun in Hyperion, Simmons returns us to a far future resplendent with drama and invention. Onthe world of Hyperion, the mysterious Time Tombs are opening. And the secrets they contain mean that nothing - nothing anywhere in the universe - will ever be the same.

Love this series, you have to read the books in order, this is the first time I have listened to audio. Good narrator, I first read this when young and I enjoyed revisiting the time tombs of Hyperion. Highly recommended.