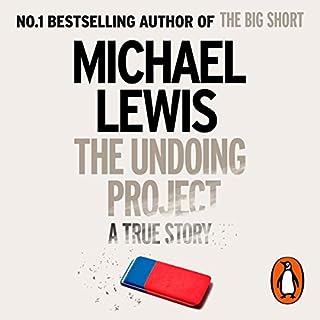 Daniel Kahneman and Amos Tversky met in war-torn 1960s Israel. Both were gifted young psychology professors: Kahneman a rootless son of Holocaust survivors who saw the world as a problem to be solved, Tversky a voluble, instinctual blur of energy. In this breathtaking new audiobook, Michael Lewis tells the extraordinary story of a relationship that became a shared mind: one which created the field of behavioural economics, revolutionising everything from Big Data to medicine.

Great book - that starts to explain why people are not as smart as they think they are!