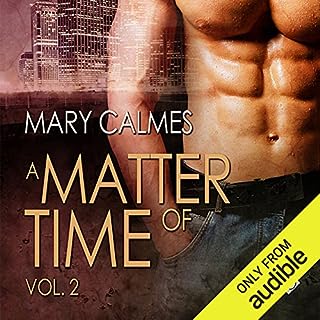 Three years ago, Jory Harcourt changed his name and shut the door on a past full of pain, only to emerge stronger on the other side. He has a new career, a great working partner, and a satisfying life - except for the hole in his chest left behind when police Detective Sam Kage walked out with his heart. Now Sam's back and he knows what he wants... and what he wants is Jory. Jory, who doesn't know if he can survive another breakup or losing Sam to his dangerous job, resists returning to the arms of the only man he has ever truly loved. But when a serial killer with a score to settle targets Jory, he will have to decide if love is worth the danger.

Yet another overwraught destructive relationship

Would you try another book written by Mary Calmes or narrated by Paul Morey?

Not by this author. The story continues from volume 1 and well into the story it had repeated itself again and again and again The character of Sam showing up everytime Jory is out. It's called stalking. Jory pulls away, Sam grabs his arm, Jory takes a step back Sam closes the distance etc etc etc Both volumes could be one book and the story not loose anything

Generally OK but a little slow.

I'm a little over these destructive relationships in M/M novels written by a female. Why do they assign M/F to M/M relationships? Why can't they be equals? Another character actually comments that their relationship is the same as a strong male, weak female relationship. Jory started as pretty strong at the beginning of Volume 1. But the longer he was in the relationship the weaker he became. The Sam character is a manipulative bastard verging on the sadistic. After 3 hours Sam had Jory in bed yet again and it was almost a rape. I had hoped the story would allow Jory to move onto another lover but alas no. That's when I turned it off never to return. 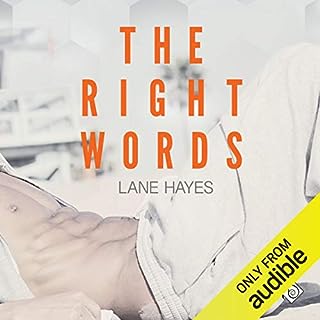 Sidelined with a serious injury, soccer star Michael Martinez decides his beach house is the perfect place to recuperate. Remodeling might be the diversion he needs to keep his mind off his busted knee. Falling for the pretty designer with some quirky habits wasn't on the drawing board. Unfortunately, Luke didn't build a big enough closet for Michael to hide in. Having a star-powered sports career used to be all Michael lived for, but he'll have to reevaluate his plans and find the right words if he wants to build more than a beach house with Luke.

Although the story was fine following the usual template of gay romances I found the character of Luke hard to accept. I found him to be a petulant and a bit of a diva which made it near impossible to reconcile that the character of Michael would fall for him. The narrator was good.