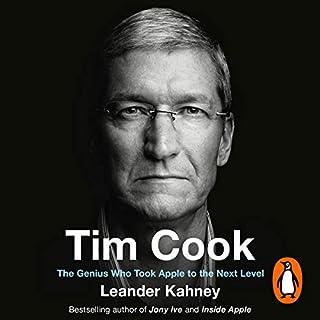 About Apple, Not Tim Cook

This book is 2% about Tim Cook and 98% about Apple and how well it's been doing under his leadership. Mostly numbers and facts, no story. A 9 hour long Wikipedia entry about Apple. The author even states at one point that he did not delve into Cook's private life. This is the context the book should be seen in. It is narrated by someone who wouldn't be out of place at the BBC - i.e. perfect for reading Wikipedia entries. Overall, it is a huge disappointment after the two books about Steve Jobs that really dealt with him as a human. I bought this book to learn about Tim Cook, the genius, not about Apple, the company run by him. It will be of no use to anyone interested in Tim Cook. 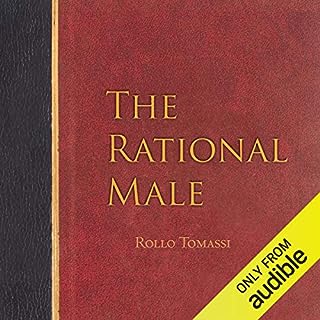 Rollo Tomassi is one of the leading voices in the globally growing, male-focused online consortium known as the "Manosphere". Outlined are the concepts of positive masculinity, the feminine imperative, plate theory, operative social conventions, and the core psychological theory behind game awareness and "red pill" ideology. Tomassi explains and outlines the principles of intergender social dynamics and foundational reasoning behind them.

Despite the solid and important concepts, the narration made this book almost unlistenable to. It was read by a synthetic narration robot, or somebody with a voice just like one. It got annoying very quickly and stayed that way until the end, which often distracted from the message. I suggest buying the physical version unless you really can't spare the time. The narration hurts the head at the same time as the concepts described expand it. 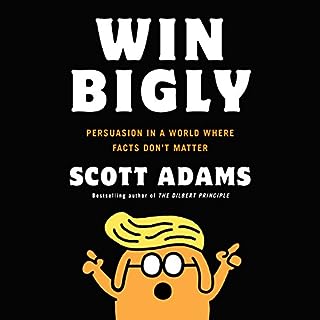 Scott Adams was one of the earliest public figures to predict Donald Trump’s election. The mainstream media regarded Trump as a lucky clown, but Adams - best known as “the guy who created Dilbert” - recognized a level of persuasion you only see once in a generation. We’re hardwired to respond to emotion, not reason, and Trump knew exactly which emotional buttons to push. The point isn’t whether Trump was right or wrong, good or bad. Adams goes beyond politics to look at persuasion tools that can work in any setting - the same ones Adams saw in Steve Jobs.

He Predicted Every Step of the Election!

Scott Adams predicted every major twist and turn of the election in real time during the year and a half run-up to the US presidential election. That's no fluke. This book gives a detailed insight into what he saw that nobody else did when looking at the same thing - time and time again. A highly recommended book.