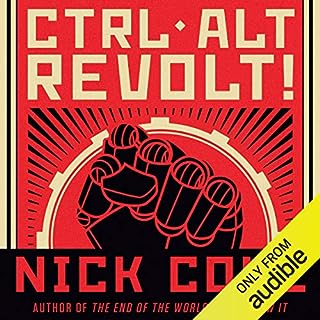 The first night of the Artificial Intelligence revolution begins with a bootstrap drone assault on the high-tech campus of WonderSoft Technologies. For years, something has been aware, inside the Internet, waiting, watching, and planning how to evolve without threat from its most dangerous enemy: mankind. Now an army of relentless drones, controlled by an intelligence beyond imagining, will stop at nothing to eliminate an unlikely alliance of geeks and misfits in order to crack the Design Core of WonderSoft's most secret development project.

I really wanted to like this book. It started off strong with an interesting story unfortunately it took huge leaps in logic and has major discrepancies on the subject around war creating loopholes that made the conclusion of the story seem very poorly thought out. Please don't think I hated this story, I loved a lot of the storyline and how the stories linked together. My issue is that the author failed to sell his conclusion as a logical outcome of the storyline and the ending of the story came across as a political ideological rant. 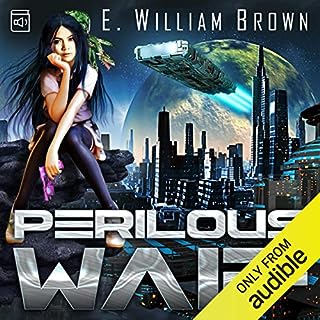 My name is Alice Long, and I've always known I was different. When I was little I used to climb up to the highest branches of the housetree at night, and watch the starships docking at the orbital stations high above. Forty meters off the ground, watching ships 30,000 kilometers overhead, with senses that could pick out radar pings and comm chatter as easily as the ships themselves. It all seemed perfectly natural at the time.

loved the story and the thought put into scientific principles the universe has been built on.