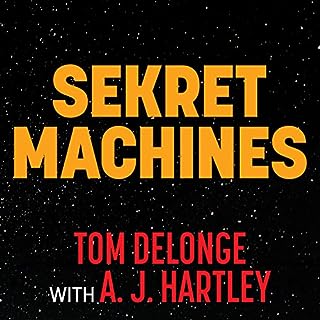 The witnesses are legion, scattered across the world and dotted through history, people who looked up and saw something impossible lighting up the night sky. What those objects were, where they came from, and who - or what - might be inside them is the subject of fierce debate and equally fierce mockery, so that most who glimpsed them came to wish they hadn't. Most, but not everyone.

I was very sceptical when looking at the author Tom Delonge, given the medias portrayal of his interests in ufology and conspiracy. If you are anything like me and have had this thought, please do yourself a favour a dive headfirst into this book.
You will NOT be disappointed.
What an outstanding adventure filled with more than enough alien / ufo / black-ops military action to settle anyone's appetite.
I tip my hat to A. J. Hartley for bringing together all of Tom Delonge's knowledge and beautifully threading together a multitude of stories into a suspense-filled ending.
A well driven, grippingly intense FUN story for young and old!

The biggest downside I had, was even though this book is just shy of 18hrs long, you cannot put it down.. so those 18hrs go quick. But like those great movies of old, Tom Delonge thought ahead and has made a sequel! 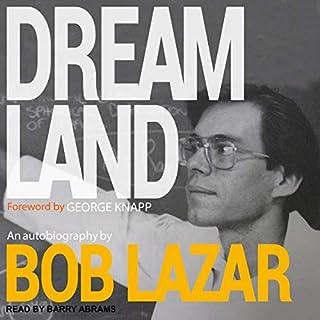 Bob Lazar was a brilliant young physicist that found himself employed at a top-secret facility in the middle of the desert outside Las Vegas. Under the watchful eye of the government elite, he is tasked with understanding an exotic propulsion system being used by an advanced aerospace vehicle he is told came from outer space. The stressful work and long, odd hours start to wear on Bob and he becomes concerned for his safety. He tells his wife and a couple close friends about what he's doing in the desert, and his employers find out and are furious.

Of course if you are reading this book, you no doubt already have some information on Bob Lazar and his story.
This is a fantastic reenforcement of the facts previously told, from a much more intimate perspective.

If you don't know a single thing about this story, prepare to have your scepticism mode activated while simultaneously in a state of utter shock and disbelief.

Bob, if your story is true. Thank you. 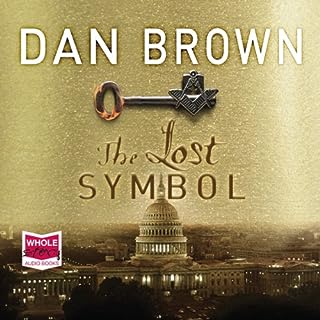 Harvard symbologist Robert Langdon is summoned to deliver an evening lecture in the U.S. Capitol. Within minutes of his arrival, the night takes a bizarre turn. A disturbing object is discovered in the Capitol Building. The object is an ancient invitation, meant to usher its recipient into a long-lost world of hidden esoteric wisdom. And when Langdon's mentor is kidnapped, Langdon's only hope of saving him is to accept this invitation and follow wherever it leads him.

In Dan Browns classic overly detailed take, this time on the very conspiracy filled history of the capital of the United States.

A little disappointing to realize that I guessed the ending around halfway through the book, however, this does not take away from any of the exhilarating action-adventure that is The Lost Symbol.

A must-read if you're a fan of Dan Brown!! 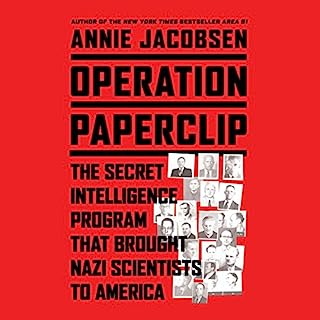 Drawing on exclusive interviews with dozens of Paperclip family members, colleagues, and interrogators, and with access to German archival documents (including papers made available to her by direct descendants of the Third Reich's ranking members), files obtained through the Freedom of Information Act, and lost dossiers discovered at the National Archives and Harvard University, Annie Jacobsen follows more than a dozen German scientists through their postwar lives and into one of the most complex, nefarious, and jealously guarded government secrets of the 20th century.

Absolutely nothing against Annie Jacobsen and her amazing investigatory writings, however, this was a difficult one to follow.

The abundance of people involved in this horrible point in history makes for an incredibly hard book to follow. If you're fine with following multiple people (oh and by the way, they aren't your normal John Smith, Jane Clarke, but instead turn of the century Germanic names).

The historical facts are breathtaking however, I couldn't complete this 100%, purely as I was becoming increasingly lost... 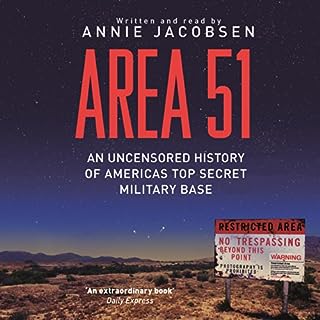 It is the most famous military installation in the world. And no credible insider has ever divulged the truth about his time inside of it. Until now. This is the first book based on interviews with scientists, pilots, and engineers - 58 in total - who provide an unprecedented look into the mysterious activities of a top-secret base, from the Cold War to today. With a jaw-dropping ending, it proves that facts are often more fantastic than fiction, especially when the distinction is almost impossible to make.

Why this book should NOT be TOP SECRET

What a ride of a story! Annie Jacobsen draws you in with every sentence and every chapter giving you more and more on the top-secret military base that is, AREA 51!
I'm sure anyone who picks this book up is secretly a lover of conspiracy theories and most things 'war', but the historical information Annie describes, from the start of the Manhattan Project to the creation of the Lockheed U-2, is nothing short of breathtaking.

A book about life, with a lifeless narration.

An amazing read, that takes you through the annals of human history. With every sentence, a new breath of knowledge so intriguing it's hard to put down.
With such an abundance of information, the use of modern metaphors to help understand these historical facts is only hindered by the lackluster narration.
If you're not fazed by a slightly boring narration, I could not endorse this read more to anyone searching for a better understanding of the history of humankind.