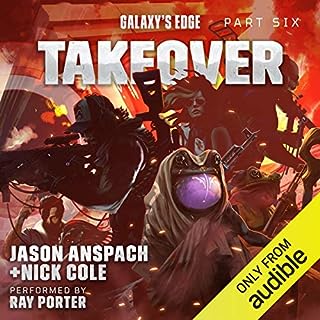 Every disaster brings an opportunity. Goth Sullus and his empire have fallen. With the Legion and the rest of the galaxy watching from the still-smoldering galactic core, Carter, a former legionnaire turned private contractor, and Jack Bowie, a Navy spy with nowhere left to turn, sign up to work for an enterprising private contractor looking to make a statement on the planet Kublar. Plans are in motion dating back to the Savage Wars, and as the galaxy rushes to fill in the vacuum created by the fall of the Imperial Republic, the bodies are hitting the floor.

not the same without RC bray

Not the same without RC Bray. Ray Porter is brilliant, but it's just not the same. Plus, kind of feel this story wasn't the greatest of the series 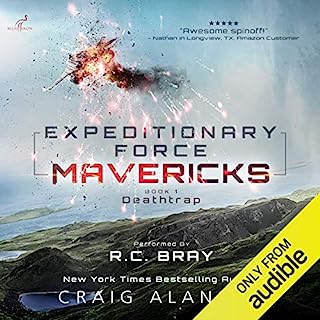 The human soldiers stranded on the planet Paradise have been recruited into an alien legion to do the dirty jobs that the high-tech species won't do. Their first mission is to kick the enemy off a backwater planet no one cares about. It's a simple assignment, except everyone has a hidden agenda, and the planet could become a deathtrap.

be honest, now we all really want our favourite Beer Can to have a lizard sidekick in future books... Another good one Mr Alanson, & good performance Mr Bray. Keep them coming!