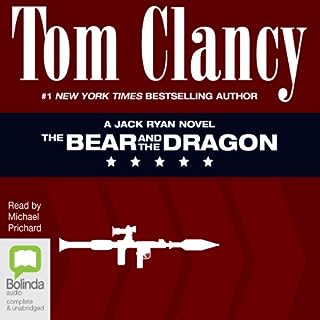 President Jack Ryan faces a world crisis unlike any he has ever known. A high-level assassination attempt in Russia has the newly elected Ryan sending his most trusted eyes and ears - including antiterrorism specialist John Clark - to Moscow, for he fears the worst is yet to come. And he’s right. The attempt has left the already unstable Russia vulnerable to ambitious forces in China eager to fulfill their destiny. If they succeed, the world as we know it will never look the same. If they fail, the consequences may be unspeakable.