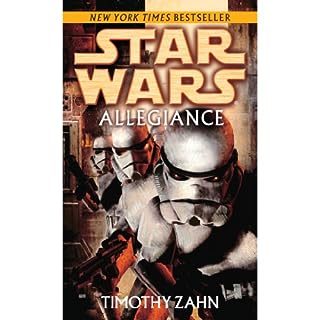 The destruction of the Death Star by the Rebel Alliance was a decisive blow against the Empire, but Palpatine and his monstrous enforcer, Darth Vader, are no less of a threat. The brutal extermination of Alderaan not only demonstrated the magnitude of their murderous power, but served as a chilling testament to their resolve to crush the Rebel uprising. Standing against them, Skywalker, Solo, and the Princess remain uncertain opponents. Luke is gifted and brave, but unschooled in the power he possesses.

A great story from the other side of star wars<br />

Really good. It's rare to get a story from the other side of the star wars universe.