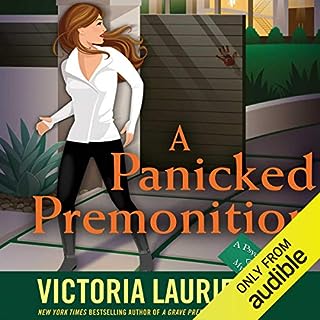 Professional psychic and FBI consultant Abby Cooper has used her inner visions to get her out of many a scrape - and solve many a crime - but she's about to face a murder scene that will put all her powers to the test. Abby's husband, Dutch, has a side business providing security and building panic rooms for wealthy clients. One morning, one of Dutch's partners, Dave, goes missing on his way to meet a client. Abby's intuition tells her something terrible has happened to him.

Wow, what a story. Victoria Laurie keeps you guessing until the last minute whom was the master mind behind the killings. The grand finale was unexpected. I can't wait to read or listening the next adventure on the Psychic Eye Mistery. 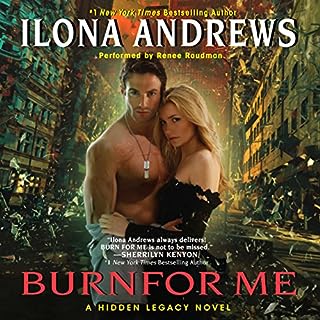 Nevada Baylor is faced with the most challenging case of her detective career - a suicide mission to bring in a suspect in a volatile situation. Nevada isn't sure she has the chops. Her quarry is a Prime, the highest rank of magic user, who can set anyone and anything on fire. Then she's kidnapped by Connor "Mad" Rogan - a darkly tempting billionaire with equally devastating powers.

Ilona Andrews , the super couple, do not disappoint. These couple will take you in an adventure in Houston with them, with great characters. I can't wait for the next one in the series. 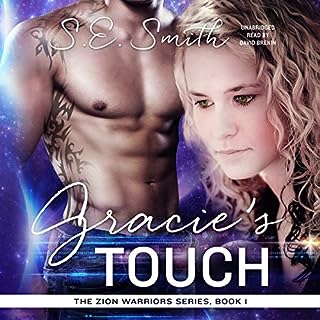 Gracie Jones was little more than a child when Earth was invaded by an alien species. Escaping into the subway tunnels of New York City, she hid in fear of being captured. Discovered by four men who became her protectors, she fought alongside them, and they became known as the Freedom Five. At 17, she made a decision that turned the tide in the war between Earth and the Alluthans, but in exchange, she gave up all that she knew.

S.E. Smith will not disappoint you with this story. Gracie's touch "this is Gracie Jones saying good night and goodbye. ..." 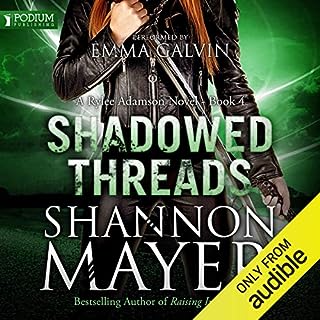 When children go missing, and the humans have no leads, I'm the one they call. I am their last hope for bringing home the lost ones. I salvage what they cannot. My name is Rylee, and I am a Tracker. O'Shea is AWOL, and tracking him is proving to be harder than I expected. Not to mention the small fact that I have the Beast of Bodmin Moor chasing me across Europe in a race against the odds, with my life as the prize.

Once again Shannon Mayer transports you to her creative world with Rylee Adamson and her pack. 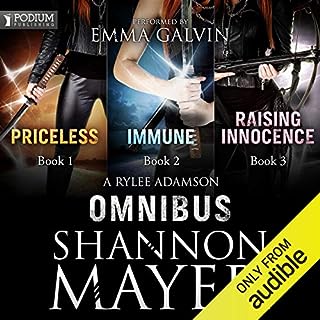 Priceless, book one: "My name is Rylee, and I am a Tracker." When children go missing and the Humans have no leads, I'm the one they call. I am their last hope in bringing home the lost ones. I salvage what they cannot. I'm on the FBI's wanted list. I have a werewolf for a pet, a Witch of a best friend, and no need for anyone else in my life. But when a salvage starts to spin out of control, help comes from a most unexpected direction.

I enjoyed very much these three books of the series. I'm looking forward to listen more of this series .