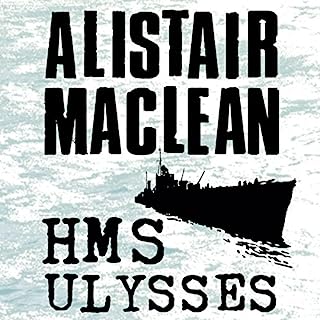 The novel that launched the astonishing career of one of the 20th century's greatest writers of action and suspense - an acclaimed classic of heroism and the sea in World War II. The story of men who rose to heroism, and then to something greater, HMS Ulysses takes its place alongside The Caine Mutiny and The Cruel Sea as one of the classic novels of the navy at war. It is the compelling story of Convoy FR77 to Murmansk - a voyage that pushes men to the limits of human endurance.

One of my favourite stories &have read it many times. Thank you for producing an unabridged version!
Excellent narration, cheers