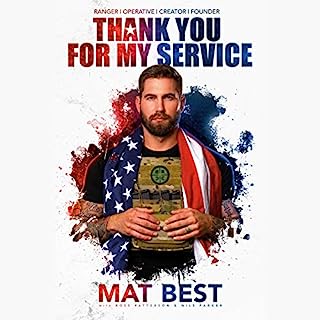 Members of the military’s special operations branches share a closely guarded secret: They love their jobs. They relish the opportunity to fight. They are thankful for it, even, and hopeful that maybe they’ll get to kill a bunch of bad guys while they’re at it. You don’t necessarily need to thank them for their service - the pleasure is all theirs. In this hilarious and personal memoir, listeners ride shotgun alongside former Army Ranger and private military contractor and current social media phenomenon Mat Best, into the action and its aftermath, both abroad and at home.

best and funniest military book ive ever read. mat is hilarious and his story is almost unbelievable