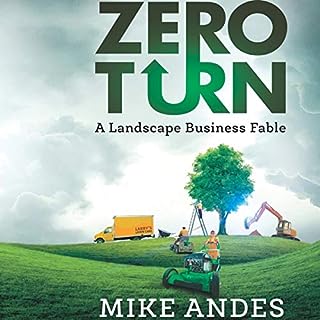 Larry has been a landscaper for years, working at a small lawn care company. He becomes disgruntled with his boss and decides to start his own business when his wife gets pregnant. After an unexpected car accident, Larry faces the reality that he owns a job instead of a business. Join Larry as he experiences employee troubles, unhappy clients, and ultimately realizes the dream of owning a small business.

Just a caution for anyone looking to buy this looking to start up a business or looking for advice around business ownership. Its actually a poorly read novel. It makes it really difficult to learn anything about the business side of setting up etc because there is inexplicably a story being told in the middle. My fault for not properly paying attention to the description so I thought it might be helpful to tell people here. 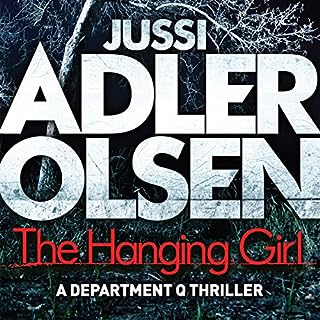 In the middle of a hard-won morning nap in the basement of police headquarters, Carl Mørck, head of Department Q, receives a call from a colleague working on the Danish island of Bornholm. Carl is dismissive at first, but then he receives some shocking news. Carl then has no choice but to lead Department Q into the tragic cold case of a vivacious 17-year-old girl who vanished from school, only to be found dead hanging high up in a tree.

I will be returning this audiobook. So it is excellent that audible offer this system because I didn’t even think to check the narrator of this book. I started this series purely because I was looking for books narrated by Steven Pacey and was enthralled by his ability to change between wit and seriousness so ably and flawlessly. So 10 minutes into this title and I couldn’t really cope. I don’t do well with changes of narrators. It makes it a completely different experience for me and I just can’t get the same feel for the story. I’m not sure the reason this and book 7 were changed but I won’t be continuing the series 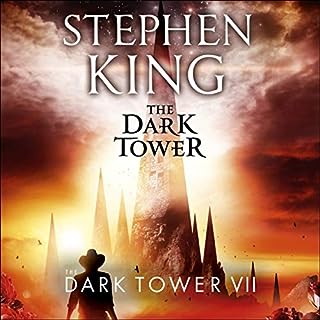 (previous book spoiler alert) Honestly when I started this series I was enthralled. It was great. It was funny, moving and gripping. But as soon as he wrote himself into the story the books just went awry. It was completely unnecessary to the story and quite a little bit egotistical, especially referring to himself as a god in parts. Honestly it was just madness. If you were to read, say, the second or third book and then the seventh, you would honestly think it was from a different writer. Maybe if Stephen finished the whole series while he was young and still drinking it could have been my favourite series of all time. Instead it was just.. eughhh. Narration wise I think it was excellent. It was a shame what happened to the original Narrator as he was superb. But George Guidall was excellent as well and the transition was easy enough to take. All in all I will happily read other books by either Narrator. But would hesitate to pursue any further King novels that I have not read. 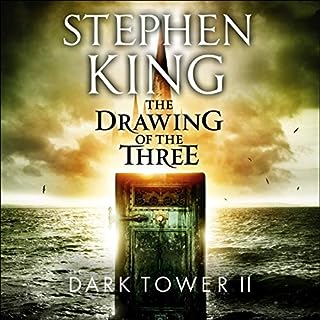 Stephen King's epic fantasy series, The Dark Tower, is being made into a major movie starring Idris Elba and Matthew McConaughey. Due in cinemas February 17, 2017 USA. In the second novel of King's best-selling fantasy masterpiece, Roland of Gilead, the Last Gunslinger, encounters three doors which open to 1980s America. Here he joins forces with the defiant Eddie Dean and courageous, volatile Odetta Holmes. And confronts deadly serial killer Jack Mort.

The book itself is inventive and amusing and very engrossing. The real winner here is the narrator. Was ready to give up on the series after the first book due to the original narrator. But was told it gets better after the change. It honestly makes it a completely different book. So much more enjoyable. Very great listen 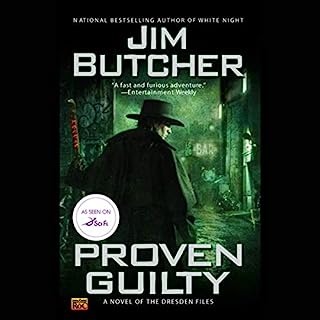 The White Council of Wizards has drafted Harry Dresden as a Warden and assigned him to look into rumors of black magic in Chicago. Malevolent entities that feed on fear are loose in the Windy City, but it's all in a day's work for a wizard, his faithful dog, and a talking skull named Bob. 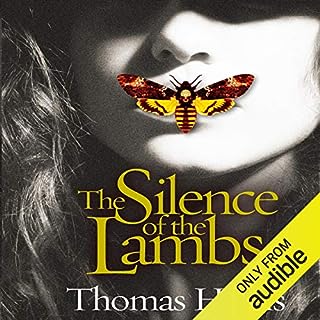 To celebrate the 25th anniversary of Thomas Harris’ legendary best-seller, Audible presents The Silence of the Lambs, with a new introduction written and read by the author himself. An FBI trainee. A psychopath locked up for unspeakable crimes. And a serial killer getting ever closer to his latest victim... Seeking insight into the deadly madman she must find, FBI rookie Clarice Starling turns to Dr. Hannibal Lecter, a monster cannibal held in a hospital for the criminally insane.

The narrator was perfect. Excellently displayed a wide range of emotion and voices to make this a truly gripping novel.
The story itself was amazing. Hannibal is the evil version of Sherlock Holmes. A superb book