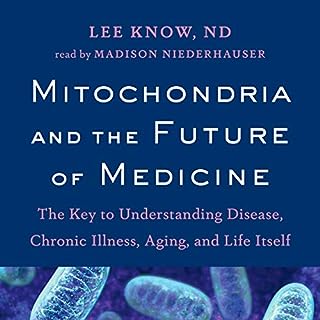 In Mitochondria and the Future of Medicine, naturopathic doctor Lee Know tells the epic story of mitochondria - the widely misunderstood and often-overlooked powerhouses of our cells. The legendary saga began over two billion years ago, when one bacterium entered another without being digested, which would evolve to create the first mitochondrion. Since then, for life to exist beyond single-celled bacteria, it's the mitochondria that have been responsible for this life-giving energy.

This is paradigm shifting. Our doctors should be forced to read such cutting-edge research ... Highly recommend for any health enthusiast. *****