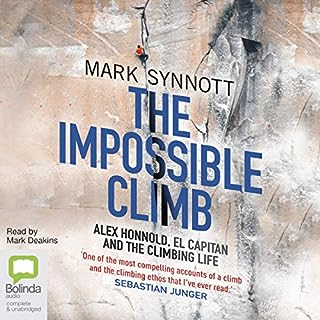 An intimate account of Alex Honnold's unprecedented, almost unimaginable feat: a 3,000-foot vertical climb up El Capitan in Yosemite, without a rope. One slip, one false move, one missed toehold and you're dead. On June 3rd 2017 veteran adventure journalist and professional climber Mark Synnott was in Yosemite to witness something that only a handful of people knew was about to occur: the most famous climber in the world, Alex Honnold, was going to attempt to summit one of the world's most challenging ascents, a route called Freerider on the notorious rock formation El Capitan.

Cling to the edge!

A harrowing second hand account of Alex Honnold’s near impossible “free solo” of El Captain (climbing without ropes or any safety equipment whatsoever), in beautiful Yosemite nation part (one of the largest, most exposed rock fares on the planet. Told through the lens of one of Alex’s closest friends and confidants, Mark Synott (a highly accomplished rock climber in his own right), this is a harrowing tale of a man who risked his life for no discernible reason other than being the first and only person to complete the most daring and brilliant rock climb the world has ever seen. Highly engaging and entertaining from start to finish, will keep you on the seat of your chair especially if you have a fear of heights! 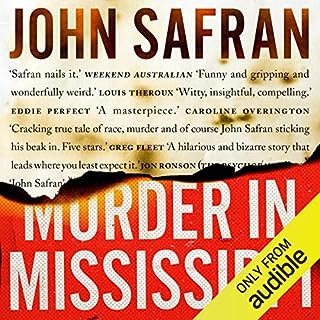 The internationally acclaimed true-crime story you have to hear to believe. Taking us places only John Safran can, Murder in Mississippi paints an engrossing, revealing portrait of a dead man, his murderer, the place they lived and the process of trying to find out the truth about anything.

Safran delivers what he promises in the title!

In this highly engaging true crime piece, Safran immerses himself right in the depths of Mississippi culture, rife with racial and class tension, in an effort to uncover every detail surrounding the murder of a high profile white supremacist he coincidentally met only months before he was killed. Putting any concerns for awkwardness aside, Safran thrusts headfirst into this case, doing his utmost to engage in conversation (occasionally relentlessly pestering) anyone with knowledge on the killer or the victim. In his signature raw gonzo style, Safran brings everything that makes his television programs so grossly enthralling into his first attempt in the realms of true crime writing. A roaring success which is wildly captivating from start to finish, but perhaps not for those of squeamish disposition. Highly recommended.