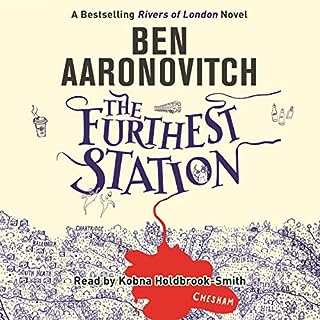 There's something going bump on the Metropolitan line, and Sergeant Jaget Kumar knows exactly whom to call. It's PC Peter Grant's specialty.... Only it's more than going 'bump'. Traumatised travellers have been reporting strange encounters on their morning commute, with strangely dressed people trying to deliver an urgent message. Stranger still, despite calling the police themselves, within a few minutes the commuters have already forgotten the encounter - making the follow-up interviews rather difficult.

Too short but still great

It is a novella but that doesn’t stop you wanting more! Great story, awesome narrator as always! 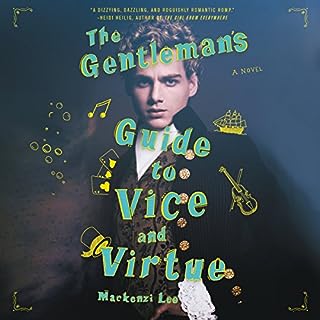 Henry "Monty" Montague doesn't care that his roguish passions are far from suitable for the gentleman he was born to be. But as Monty embarks on his grand tour of Europe, his quests for pleasure and vice are in danger of coming to an end. Not only does his father expect him to take over the family's estate upon his return, but Monty is also nursing an impossible crush on his best friend and traveling companion, Percy.

Highly entertaining with excellent narration. Monty is the quintessential lovable rogue whose aim this summer is to live large with his best mate whilst on tour in Europe. However, this doesn’t quite pan out the way he wanted as his parents have other more restrained ideas. Saddled with his younger sister and a boring bear leader, Monty soon finds himself in a tight spot in a foreign country, on the run and on a mysterious quest. Will Monty be able to find his way home? Will his father allow it? More importantly, does he even want to go back? This story has everything! 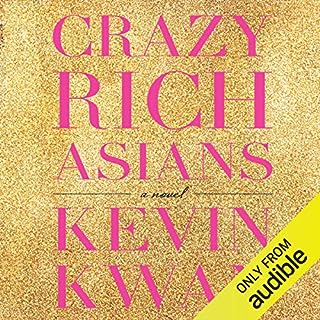 Crazy Rich Asians is the outrageously funny debut novel about three super-rich, pedigreed Chinese families and the gossip, backbiting, and scheming that occurs when the heir to one of the most massive fortunes in Asia brings home his ABC (American-born Chinese) girlfriend to the wedding of the season. When Rachel Chu agrees to spend the summer in Singapore with her boyfriend, Nicholas Young, she envisions a humble family home and quality time with the man she might one day marry.

Not my usual cup of tea and although it has a great opening it took me a while to settle into this one. Stuck with it and it got better as you learned more about the different characters. 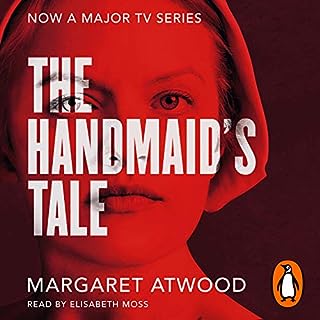 The Republic of Gilead offers Offred only one function: to breed. If she deviates, she will, like dissenters, be hanged at the wall or sent out to die slowly of radiation sickness. But even a repressive state cannot obliterate desire - neither Offred's nor that of the two men on which her future hangs. Brilliantly conceived and executed, this powerful evocation of 21st-century America gives full rein to Margaret Atwood's devastating irony, wit and astute perception.

I had already seen and loved the TV show but this didn’t spoil the story for me. Moss’s reprisal of the role in this form was spot on. Her familiar portrayal of ofred was exceptional and made it very easy to listen to. There are some key differences in the plot from the show but this made me appreciate both forms more. Atwood’s bleak portrayal of a totalitarian regime is filled with suspense and the show is a great update. Would highly recommend this audio edition for those who have seen and loved the show. 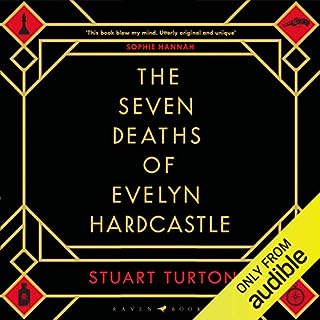 'Somebody's going to be murdered at the ball tonight. It won't appear to be a murder, and so the murderer won't be caught. Rectify that injustice and I'll show you the way out.' It is meant to be a celebration, but it ends in tragedy. As fireworks explode overhead, Evelyn Hardcastle, the young and beautiful daughter of the house, is killed. But Evelyn will not die just once. Until Aiden - one of the guests summoned to Blackheath for the party - can solve her murder, the day will repeat itself over and over again.

A cosy mystery with a supernatural twist

This one kept me guessing all the way to the big reveal. I really like the way the pieces came together and how the protagonist was able to shift the story and change events. The writing and the narration made it atmospheric and easy to imagine. 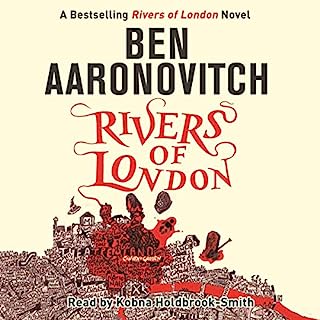 My name is Peter Grant and until January I was just probationary constable in that mighty army for justice known to all right-thinking people as the Metropolitan Police Service (as the Filth to everybody else). My only concerns in life were how to avoid a transfer to the Case Progression Unit - we do paperwork so real coppers don't have to - and finding a way to climb into the panties of the outrageously perky WPC Leslie May.

Great fun and lots of action

I really enjoyed this first book and now I'm hooked on the series. This story had lots of twists. I really liked the supernatural elements. Kobna Holdbrook-Smith's performance was outstanding with a seamless array of characters voiced. Went straight onto book 2! 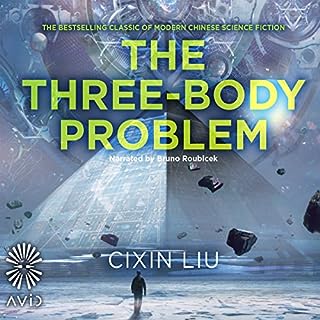 Set against the backdrop of China's Cultural Revolution, a secret military project sends signals into space to establish contact with aliens. An alien civilisation on the brink of destruction captures the signal and plans to invade Earth. Meanwhile, on Earth, different camps start forming, planning to either welcome the superior beings and help them or to fight against the invasion.

This book begins as a high paced thriller that slowly dissolves into an over-descriptive bore fest. It was very disappointing as the plot had massive potential. I listened to this in the car with my husband on a road trip. The description was so detailed and repetitive we started yelling 'get there already' or 'we get it' which made things more entertaining. The 'science' gets explained three or four times to ensure the reader gets it. Which you do. The first time. Another review said the plot features the 'world's most boring video game' and they were right. No one would ever play such a game more than once. I gave it two stars because its flaws were so ridiculous it became entertaining. However, I won't be bothering with the rest of the series. The narrator was pretty good. Easy to listen to with a good range of voices. Perhaps a saving grace for this novel. Some people apparently claim that the physical book is better. I won't be trying it. 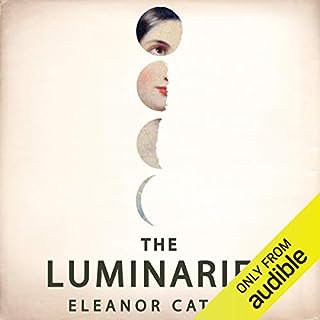 It is 1866 and Walter Moody has come to make his fortune upon the New Zealand goldfields. On arrival, he stumbles across a tense gathering of 12 local men, who have met in secret to discuss a series of unsolved crimes. A wealthy man has vanished, a whore has tried to end her life, and an enormous fortune has been discovered in the home of a luckless drunk. Moody is soon drawn into the mystery: a network of fates and fortunes that is as complex and exquisitely patterned as the night sky.

Long and drawn out

I really liked the beginning of the story and the way it was told through different characters like a jigsaw being put together. I don't know if it was the audio format but the way the book is written so that the chapter length is like the cycle of the moon meant some of them were quite drawn out. Things started to pick up a pace towards the end but overall the book felt like a long slog with little payoff. The writer paints a rich and sumptuous picture of the stunning yet treacherous west coast of New Zealand. It would be a great read for anyone who has travelled there or wishes to go. The relationships and interactions between characters made it interesting with many secrets and betrayals at every turn. I think it was the way the main plot promised to come together but then missed the mark that really let it down. The narrator was good, easy to listen to and he really set an intriguing tone. He did a great range of characters, although his women's voices were amusing. I guess that is a difficult thing to pull off. If it wasn't for the high quality narration I don't think I would have finished the book. 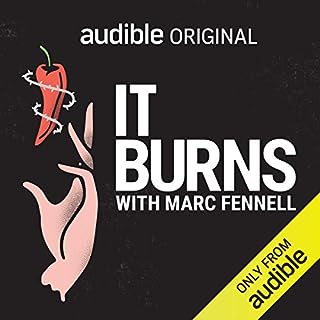 I really enjoyed this production. It was a bit more of a podcast style than an audiobook but it was highly engaging. Marc Fennell was a great presenter/narrator and really brought this story to life. The narrative was really interesting as we met some really intense characters with heartbreaking personal experiences who find solace in this chilli head community. It's an exploration of a subculture I didn't know existed. I am also now annoying people with chilli facts left right and centre :)