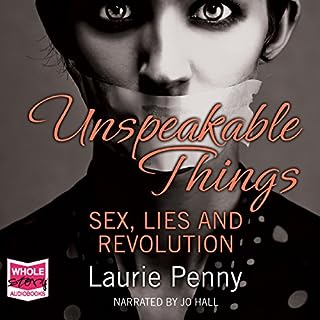 This is a book about poverty and prejudice, online dating and eating disorders, and lies on the television. The backlash is on against sexual freedom for men and women and social justice. Penny speaks for a new feminism that is about justice and equality. It’s about the freedom to be who we are, to love who we choose, to invent new gender roles, and to speak out fiercely against those who would deny us those rights.

Laurie Penny is an amazing writer! The older I get the more I find such books important. The author taps into many common myths about work, love, politics, freedom, the internet with such clarity it sends a hover up your spine. She alternates between anger and vulnerability with an honesty that is sometimes shocking but always touching.