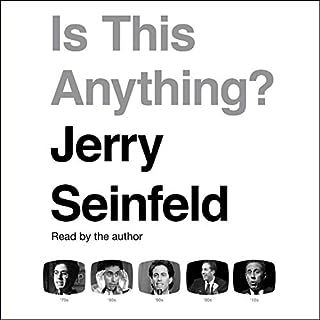 Is he really that funny?

Without an ensemble he is not that funny most of the time, rather, just a critic of human nature. Enjoyed parts, but he needs props, like the cast of his show to make his ideas funnier. 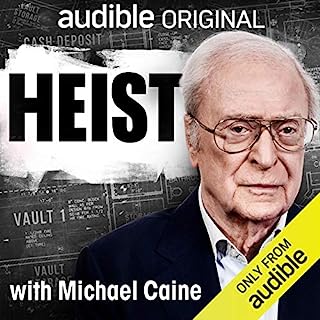 Sir Michael Caine - perhaps best known as gang leader Charlie Croker in 60s crime caper The Italian Job - tells the stories of remarkable heists and extraordinary robberies from around the world, as remembered by the masterminds, detectives, victims, journalists and witnesses that lived through them. For more than 60 years, Caine has played thieves, criminals, gangsters and the detectives trying to catch them. But there’s Hollywood and then there’s real life... and that’s when things get really interesting.

I really enjoyed the final episode dealing with the psychological motivations for deception based crimes. 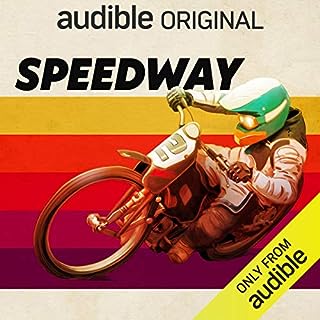 Speedway was a prime-time sport in the 1970s and 1980s. Its most successful riders were household names, and events would be held in venues as large as Wembley Stadium, attracting tens of thousands of spectators. In a time of only three terrestrial TV channels in the UK, you were guaranteed to find Speedway racing on one of them on a Saturday afternoon. At one point, London alone was home to 11 separate clubs. Today it has none. So what put this once-dominant sport on the slide?

Not a fan but loved this

New respect for Jenny Gow, Great to learn more about her pure motorsport passion. As for the racing, i loved learning about the roots. A great listen. 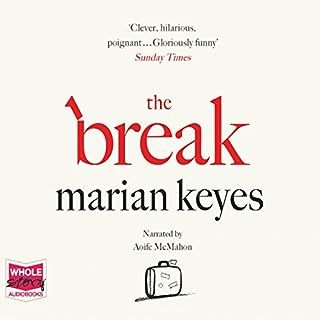 The story of a relationship that everyone thought was forever and which is now in danger of being for never, The Break is about getting older and staying in love when life, real life, is trying to pull you apart.

Torn between both points of view, judging one minute. understanding the next. Agendas were disappointing but overall a good story. 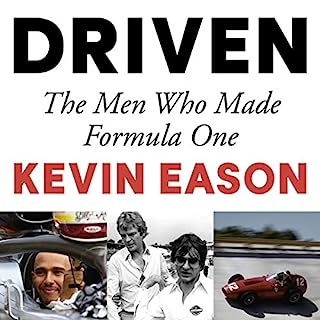 Driven: The Men Who Made Formula One tells how a small group of extraordinary men transformed Formula One from a niche sport played out on primitive tracks surrounded by hay bales and grass verges into a £1 billion circus performing in vast theatres of entertainment all over the world. Led by Bernie Ecclestone, the billionaire ringmaster, this clique started by scraping a living to go racing and ended up creating space-age cars and turning drivers from amateur gladiators into multimillion-pound superstars, like Ayrton Senna and Lewis Hamilton, while the names of Ferrari, McLaren and Williams are now as familiar around the world as Manchester United or Real Madrid.

Just when I thought I had heard it all, this book gave me so much more. Despite my 30 years + of following Formula One passionately, I was amazed at the amount of stories and anecdotes I had never heard, so I highly recommend this book as a must for any truly passionate F1 fan. It is not about racing and results, rather, it is about the people, the history, and the business side of Formula One. Brilliant. 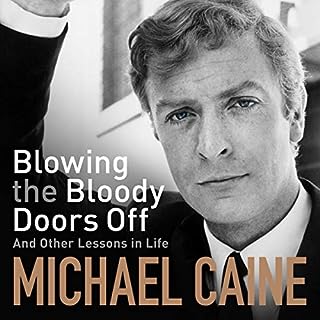 With over 100 movies to his credit over five decades, Hollywood legend and British national treasure Michael Caine shares the wisdom, stories, insight and skills for success in life that acting has taught him in his remarkable career. One of our best-loved actors Michael Caine has starred in everything from classic British films Alfie, Zulu and The Italian Job to the Hollywood blockbusting The Dark Knight trilogy and much-loved movie favourites Dirty Rotten Scoundrels, Hannah and Her Sisters and The Quiet American. Caine has excelled in every kind of role - with a skill that's made it look easy.

An offering of wisdom

It would have been easy for Michael to brag and just list his exploits, but as a wise old man, he has chosen to offer gold nuggets of wisdom gained from experience, alongside his many achievements. A really enjoyable listen, especially with that iconic voice. 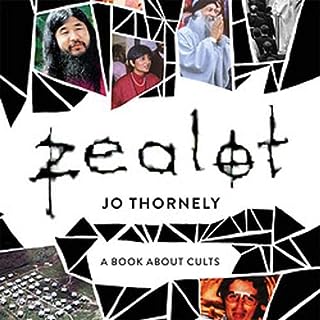 Jo is the new Clive James

In stark contrast to the subject matter, I found myself constantly laughing at Jo's dark humour and one liners. Oh my goodness! All I could think of was Clive James; is she his daughter? Jo has a great reading voice, and this in particular brings her black humour to the fore. I am going to listen to this book again and again, even if just for the jokes. I expected a serious dissection of the many flawed cult figureheads who deluded the masses, and was pleasantly surprised at how brutally funny Jo has portrayed these religious nut cases, without missing out on the psychology behind their behaviour, however crudely she stated it. I want more... 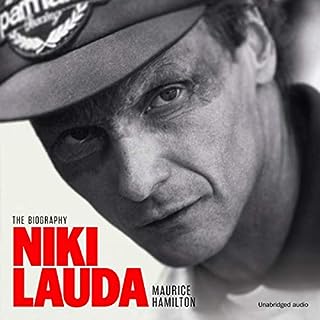 In 1975, Lauda became world champion for the first time. Driving for Ferrari, he looked to retain his title in 1976 and was dominating the campaign ahead of James Hunt in his McLaren. Then, on 1 August, he was involved in a horrendous crash at the Nurburgring and was badly burned; in hospital he was given the last rites, so severe were his injuries. Remarkably, six weeks later, he was back racing again, determined to show he could still compete.

For passionate fans of F1, i would say that 80% of this book was nothing new. Great naration despite none of the accents being remotely close to the real life characters. The big letdown was the complete lack of anything regarding childhood and personal life details. I loved it but did expect more. 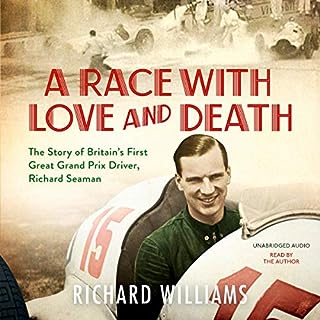 Award-winning author Richard Williams reveals the remarkable but now forgotten story of a driver whose battles against the leading figures of motor racing's golden age inspired the post-war generation of British champions. The son of wealthy parents, educated at Rugby and Cambridge, Seaman grew up in a privileged world of house parties, jazz and fast cars. But motor racing was no mere hobby: it became such an obsession that he dropped out of university to pursue his ambitions, squeezing money out of his parents to buy better cars.

Given the distance of time and WW2 playing their respective roles in burying the legend of Dick S, wonderful writer and narator Richard W leaves no stone unturned in this amazing story. Persistence paid off and though too many names, details and characters are mentioned that most readers will not be familiar with, a second listen will be a treat. 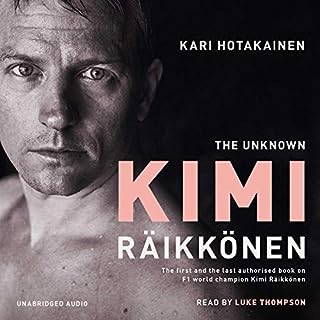 In this superb and authorised portrait of Räikkönen, Kari Hotakainen gets to reveal the side of the man that few beyond his close family and friends have ever seen. Enigmatic and private, Ferrari’s former world champion driver rarely opens up to outsiders, but he granted Hotakainen exclusive access to his world and to his way of thinking. It ensures that this will be a book that will delight all fans of motorsport who have long revered the Finn.

Lacks depth. Something is missing maybe structure or a sense of the big picture. Still a good read but compared to JYS or Damon Hills books it just lacks the magic.