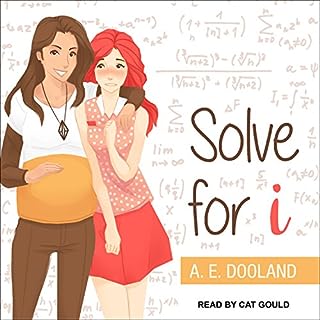 Gemma Rowe is a shy math nerd from Sydney, who, despite having an affinity for probability and logic, only just worked out at 28 that she's not actually straight. Not only is she not straight, but she's developed feelings for her best friend, Sarah. Gemma knows the logical thing to do is to get over Sarah. She wants to be in her own happy relationship and not caught up on her straight best friend. But how is she supposed to get over Sarah when she can't figure out who she's attracted to anymore?

Feel-good, funny and full of heart-warming friendships, this is an immensely enjoyable coming out story with a satisfying and romantic ending. Expect to laugh out loud and fall in love with the diverse cast of characters as they struggle through some hilarious situations. 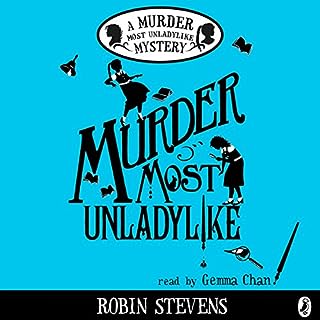 When Daisy Wells and Hazel Wong set up their very own secret detective agency at Deepdean School for Girls, they struggle to find any truly exciting mysteries to investigate. (Unless you count the case of Lavinia's missing tie. Which they don't.) Then Hazel discovers the Science Mistress, Miss Bell, lying dead in the gym. She assumes it was a terrible accident - but when she and Daisy return five minutes later, the body has disappeared.

Perfect for anyone who loves golden age mysteries

Murder Most Unladylike is a fine start to what has quickly become one of my favourite series of all time. The mystery is solid, the boarding school setting is cosy and the suspense develops nicely. But what I fell most in love with, are the main characters - Daisy and Hazel. I love how they are both brainy outsiders with a passion for detection. This book is a great start to a series which just gets better and better with each subsequent book. Finally, hats off to Gemma Chan who does a brilliant job of narrating.