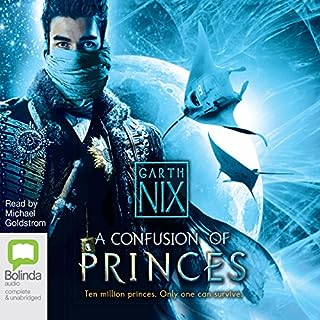 Taken from his parents as a child, Khemri's whole life has been lived for the Empire. Equipped with biological and technological improvements that make him faster, stronger and smarter than any ordinary person, he is an enhanced human being, trained and prepared for the glory of becoming a Prince of the Empire. No sooner has Prince Khemri graduated to full Princehood than he learns the terrible truth behind the Empire: there are a million princes, and all of them want each other dead, because there can be only one Emperor.

good book a lot to take in the first time, better the second. end felt a bit rushed. good book i did enjoy it. 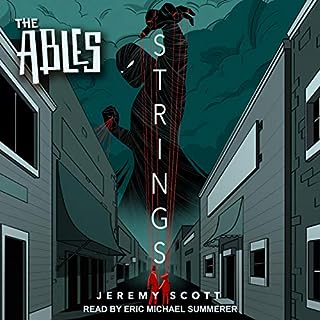 Three years after the showdown with Finch razed their hometown of Freepoint and changed their lives forever, Phillip and the rest of The Ables gang find another school year interrupted by a growing threat. Relations with the government have never been more strained and the political rhetoric has shifted to a more hostile tone when discussing those with special abilities. A new branch of Homeland Security has been empowered to investigate custodial acts of heroism and even detain suspects indefinitely.

it is a great story brought to life by a brilliant actor. Just listion to it