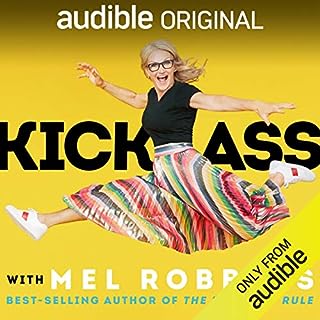 This was a free book. It's not a type of book I generally read, but I thought I'd take a chance since it was free. My mistake, it took my time and was really annoying. I had to stop listening. I wish I could return it. 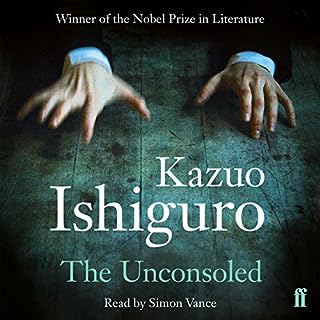 By the Nobel Prize-winning author of The Remains of the Day and Never Let Me Go. Ryder, a renowned pianist, arrives in a Central European city he cannot identify for a concert he cannot remember agreeing to give. But then as he traverses a landscape by turns eerie and comical - and always strangely malleable, as a dream might be - he comes steadily to realise he is facing the most crucial performance of his life.

I've read this author's work before and loved it so I had high hopes for this one. Sadly I was dissapointed fairly quickly but perservered thinking it would eventually make sense. Instead the book beautifully described one frustrating situation after another. There was no logic to what was happening and it appeared the protagonist was either in a very long and tedious dream or was delusional. It is never made clear if either situation was the case. The ending was really unsatisfying for anyone who was looking for a sensible conclusion as payback for all the frustration of listening to the rest of the book. Maybe it was too litery for me. I plan on returning this book. 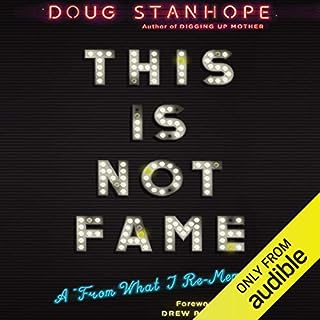 Doug Stanhope has been drunkenly stumbling down the back roads and dark alleys of stand-up comedy for over a quarter of a century, roads laden with dank bars, prostitutes, cheap drugs, farm animals, evil dwarfs, public nudity, menacing third-world police, psychotic breaks, sex offenders, and some understandable suicides. You know, just for levity. While other comedians were seeking fame, Stanhope was seeking immediate gratification, dark spectacle, or sometimes just his pants.

For those who enjoy punking

I made a mistake getting this audiobook. I was looking for light entertainment, Got stories of violence and humilitation instead. Not funny to me.