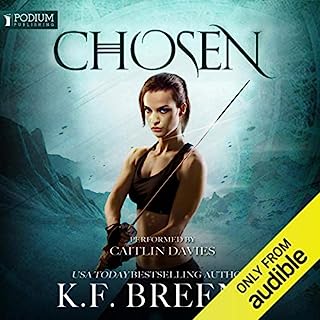 It is said that when war threatens the world, one individual will be selected by prophecy to lead the Shadow Warriors out of the Land of Mist and reclaim the freedom that has been stolen. Shanti has grown up under the constant threat of war. Since she helped her people defeat a raiding party by using a special power, she's been a hunted woman. Carrying rare abilities and an uncanny fighting aptitude, Shanti is the only hope of salvation for her people.

enjoyed the storey but the narration was horrendous. a real shame to be honest. I will get the next one but it's a struggle listening