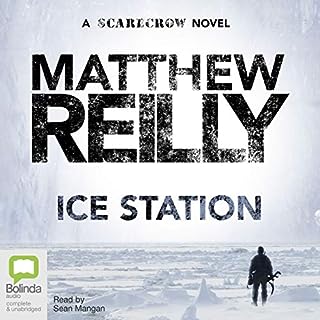 At a remote ice station in Antarctica, a team of US scientists has made an amazing discovery. They have found something buried deep within a 100-million-year-old layer of ice. Something made of metal. Led by enigmatic Lieutenant Shane Schofield, a team of crack United States Marines is sent to the station to secure this discovery for their country.

If you ever wanted a non-stop, edge of your seat action blockbuster in book form, this book is for you! The narrator did a great a job of maintaining the suspense and urgency of the action. The one star is due to the fact that the audio skips in several parts. I removed the download and re-downloaded it but it still happened and always at the same time marks.