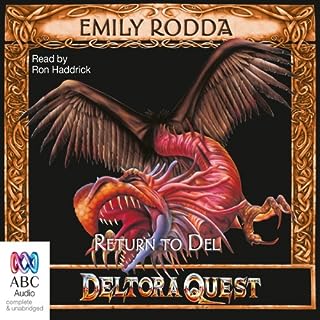 In the final book in the series, Lief, Barda and Jasmine must find the heir to the kingdom's throne. They know that only the true heir can use the belt's magic to overthrow the evil Shadow Lord. But the heir has been in deepest hiding since birth and only the belt can reveal the hiding place. Shock follows shock as the Deltora Quest rushes to its thundering climax and the fury and the power of the Shadow Lord himself threaten to destroy its three heroes and everything they love.

It was brilliant. It’s really hard to figure out who is the heir. Great book