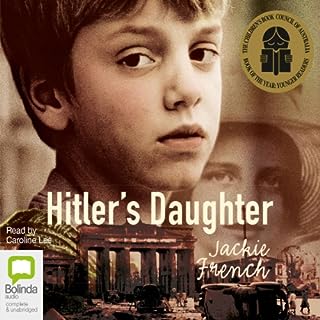 The bombs were falling and the smoke rising from the concentration camps, but all Hitler's daughter knew was the world of lessons with Fraulein Gelber and the hedgehogs she rescued from the cold. Was it just a story or did Hitler's daughter really exist? And If you were Hitler's daughter, would all the horror that occurred be your fault, too? Do things that happened a long time ago still matter?

Loved it then, love it now!
Caroline Lee was made to read this beautifullly sad and touching story by Jackie French!