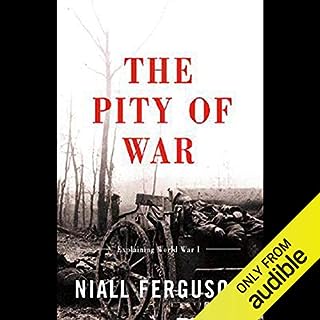 In The Pity of War, Niall Ferguson makes a simple and provocative argument: that the human atrocity known as the Great War was entirely England's fault. Britain, according to Ferguson, entered into war based on nave assumptions of German aims-and England's entry into the war transformed a Continental conflict into a world war, which they then badly mishandled, necessitating American involvement.

A depth that few others have ever delved into.

A very honest and deep look at the Great war.
The author has a great understanding of the moral and economuc impacts of war.