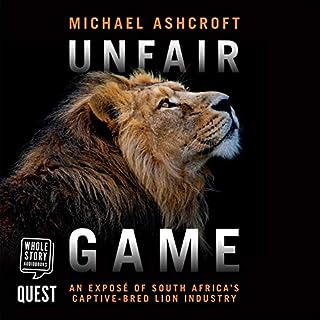 Unfair Game features the shocking results of a new inquiry Lord Ashcroft has carried out into South Africa’s lion business. He shows how tourists are unwittingly being used to support the abuse of lions he details how lions are being tranquilised and then hunted in enclosed spaces he urges the British government to ban imports of captive-bred lion trophies and he demonstrates why Asia’s insatiable appetite for lion bones has become a multi-million-dollar business linked to criminality and corruption which now underpins South Africa's captive lion industry.

This book is really well written. I learned a lot about canned lion hunting in South Africa. I used to believe the propaganda that hunting actually helps with conservation, but this book explains why those claims are false. Unfortunately, the narrator mispronounces a bunch of words. Hearing “says” pronounced like “days” got really, really annoying (it comes up constantly). Otherwise his voice is nice. Definitely worth listening to (or reading) this book. 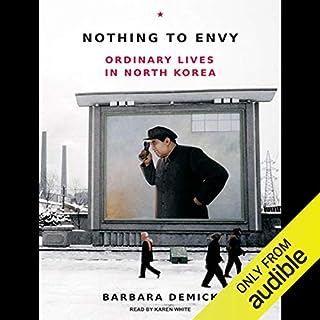 Barbara Demick's Nothing to Envy follows the lives of six North Koreans over 15 years - a chaotic period that saw the death of Kim Il-sung and the unchallenged rise to power of his son, Kim Jong-il, and the devastation of a far-ranging famine that killed one-fifth of the population.

I cannot attest to the content of this audiobook because I could not handle the narrator. She is so robotic that I could not listen to more than 10 mins. Will be buying on kindle instead. 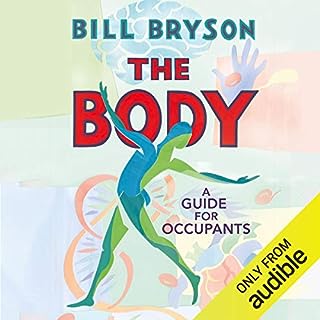 In the best-selling, prize-winning A Short History of Nearly Everything Bill Bryson achieved the seemingly impossible by making the science of our world both understandable and entertaining to millions of people around the globe. Now he turns his attention inwards to explore the human body, how it functions and its remarkable ability to heal itself. Full of extraordinary facts and astonishing stories, The Body: A Guide for Occupants is a brilliant, often very funny attempt to understand the miracle of our physical and neurological makeup.

This book’s content is fairly average for a Bryson book. A lot of what he talks about is just high school biology. But the worst part is the narration. It’s awful! Bryson should not narrate his own books. He is monotone and slurs his words. Please please get William Roberts to narrate Bryson books - he ‘gets’ Bryson’s writing. 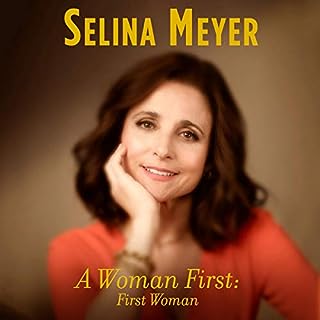 The long-awaited memoir of her tumultuous year in office, A Woman First: First Woman is an intimate first-person account of the public and private lives of Selina Meyer, America's first woman president.

Fans of Veep will love this audiobook. It is performed so perfectly by Selina and Gary. I actually can’t imagine it working as a regular book, because almost all the comedy comes in the delivery. 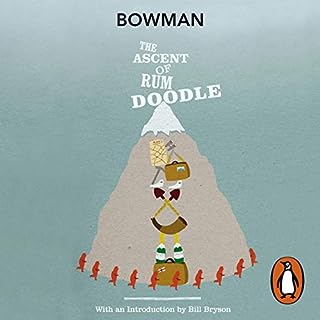 First published in 1956, The Ascent of Rum Doodle quickly became established as mountaineering classic. As an outrageously funny spoof about the ascent of a 40,000-and-a-half-foot peak, many thought it inspired by the 1953 conquest of Everest. But Bowman had drawn on the flavour and tone of earlier adventures, of Bill Tilman and his 1937 account of the Nandi Devi expedition. The book's central and unforgettable character, Binder, is one of the finest creations in comic literature.

This was such a delightful listen. It’s a story of a group of incompetent men and their socially inept leader as they try to climb the highest mountain in the world, Rum Doodle. Consistently silly in a funny way, and read so perfectly by Terry Whale. If you enjoy Bill Bryson or Alan Partridge, I highly recommend giving this little treasure a listen. 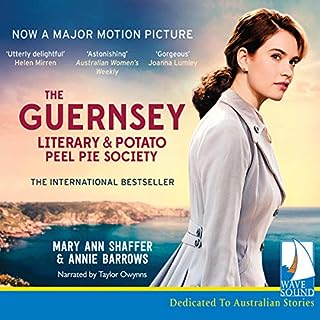 To give them hope she must tell their story. It's 1946. The war is over, and Juliet Ashton has writer's block. But when she receives a letter from Dawsey Adams of Guernsey - a total stranger living halfway across the Channel, who has come across her name written in a secondhand book - she enters into a correspondence with him, and in time with all the members of the extraordinary Guernsey Literary and Potato Peel Pie Society.

This book has been totally ruined by the narrator. She is so clearly Australian trying to be English. Why not just hire an English person? Her terrible English accent grates on my ears to the point that I can’t enjoy this book. I am going to return it and read the book instead.