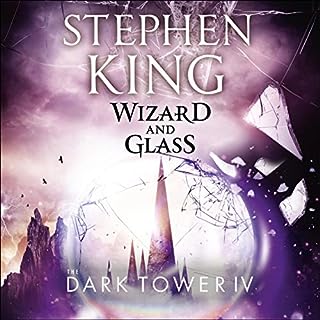 Stephen King's epic fantasy series, The Dark Tower, is being made into a major movie starring Idris Elba and Matthew McConaughey. Due in cinemas February 17, 2017 USA. In the fourth powerful novel in Stephen King's best-selling fantasy quest, The Dark Tower beckons Roland, the Last Gunslinger, and the four companions he has gathered along the road.

The dark tower is such a fantastic series. Can’t stop listening!! Terrific reader as well