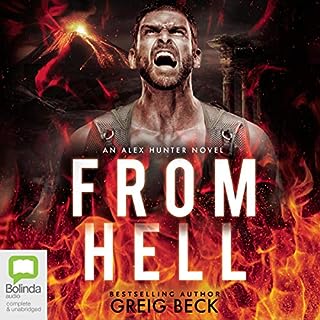 Pompeii, present day: archaeologist Maria Monti is working at a new dig site. Like hundreds before her she is investigating the night that Vesuvius erupted, consuming the ancient city with choking ash, scalding steam, and rivers of lava. But she has just unearthed something that shouldn’t be there, something that makes her question everything she knows about the disappearances of that fateful event. Several hundred miles away Alex Hunter’s family is holidaying in southern Italy when Mount Etna begins to shake, and ash begins to blanket the countryside....

This is hands down one of Greig’s best work it’s a wild ride start to finish. Along with Sean Mangan’s outstanding narration it will become one of my go to books 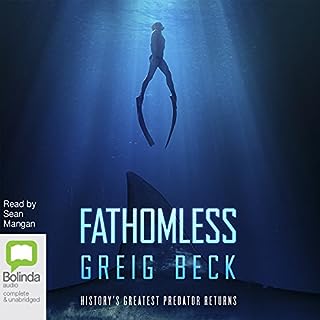 In Fathomless, the greatest predator the world has ever known is coming home in 2016. Carcharodon megalodon. The largest and most fearsome predator to have ever existed on our planet. Rumours of its existence in our modern oceans have persisted for centuries. Now, in a new adventure, the rumours explode into brutal and terrifying reality in Fathomless, by Greig Beck.

Get ready for one hell of a ride

From start to finish it's a great read, with the odd twist and turn it will keep you on the edge of your seat