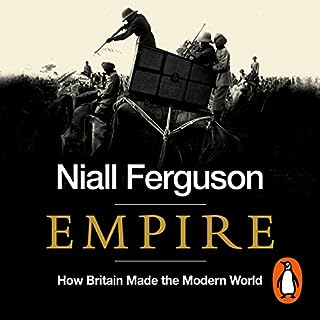 Once vast swathes of the globe were coloured imperial red and Britannia ruled not just the waves, but the prairies of America, the plains of Asia, the jungles of Africa and the deserts of Arabia. Just how did a small, rainy island in the North Atlantic achieve all this? And why did the empire on which the sun literally never set finally decline and fall?

An excellent overview of the British empire, balanced rather than just the usual modern condemnation. Well read by the author