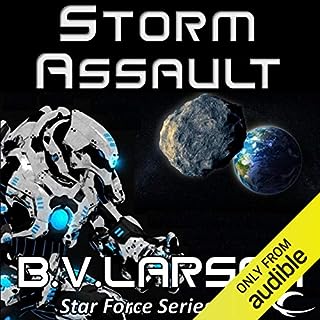 In Storm Assault , the eighth book of the Star Force series, the story moves in a new direction. Massive fleets are built by both Star Force and the Imperials - but there is a third player in the game: the Blues.