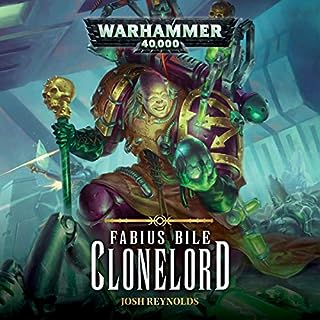 Once a loyal son of the Emperor's Children, Fabius Bile now loathes those he once called brother. But when a former comrade requests his aid on a mission he cannot refuse, Bile is drawn once more into the sinister machinations of his former Legion. Now, accompanied by new allies and old enemies alike, Fabius Bile must travel deep into the wilds of the Eastern Fringe, in search of a world unlike any other. A world which might hold the key to his very survival. A world called Solemnace....

This is a story of a demented, immortal, elderly surgeon on a quest to show they galaxy that no one knows the HUSTLE. Knew it was a good story when I found myself about to surgically attach the neighbours cat to a bird. 10/10 would read again

The story here is both captivating and hilarious. Pretty much nails what it would be like if you were living with a bunch of computer copies of yourself while exploring the galaxy while fighting clones of a Brazilian madman 10/10 would read again