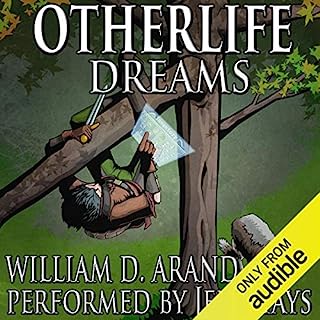 Runner has a problem. He and 499,000 men and women are trapped in a game. He also just happens to be the only person from IT who could log everyone out safely. And he doesn't remember his password. He, like everyone else in this nightmare, had his memory scrambled or lost in the process of being loaded into the game. A single garbled message is his only clue to how to save everyone. The problem is that whoever loaded them into the game loaded their minds completely.

A great narrator ,an excellent plot

Excellent narrator Jeff Hays in an unusual slant on a typical RPG story that causes the plot line complications in which our “hero”. Reacts to people and the situations he finds himself and interaction with his party and others. Avery good story arc well narrated. Enjoy ♿️🖖🇦🇺 🎄 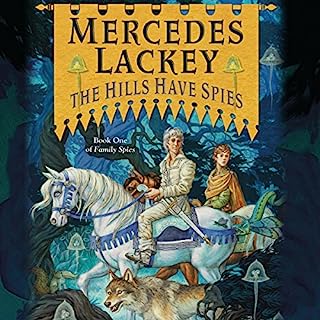 In this new series, set in the bestselling world of Valdemar, Heralds Mags and Amily must continue to protect the realm of Valdemar while raising their children and preparing them to follow in their footsteps.

Mags, Herald Spy of Valdemar, and his wife, Amily, the King’s Own Herald, are happily married with three kids. The oldest, Peregrine, has the Gift of Animal Mindspeech—he can talk to animals and persuade them to act as he wishes. Perry's dream is to follow in his father's footsteps as a Herald Spy, but he has yet to be Chosen by a Companion.

Her books are always full o twists and turns her characters and tales full of richness ,life and emotions that one feels drawn into them. A great story teller. Nick does his normal excellent magical narration.bring and excellent story to life. Enjoy
♿️🖖🇦🇺 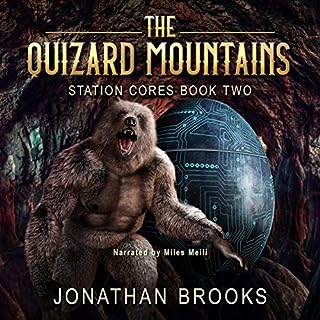 The Station Core known as Milton has barely survived the first concentrated attack by hostile Proctans, leaving his "dungeon" destroyed and most of his defenders dead. Not the most auspicious start. But now, with the addition of Brint and his inventor friend, Whisp, Milton now has the tools available to turn his dungeon into one that should easily defend against all comers - or at least he hopes so. However, when the Cordpower Company contract the best of the best to find out what happened to their agents, Milton’s dungeon is put to the test.

Too many stats not enough story

This book is about 50% stats if not more It not only ruins it but destroys any flow. Would not recommend. Even though he warns of stats he also states that the we’re supposed to be mostly removed. And that is not the case 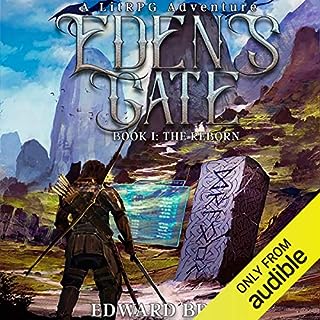 When Gunnar Long is transported into the first fully-immersive virtual MMORPG, he finds himself in a new world filled with magic, mystery, and adventure. No more 9-to-5 job. No more studio apartment. No more reality TV. Finally, he's in a place where he can call home, a place with people he can call friends. But as more people want to trade their real world lives to get inside Eden's Gate, the government of the outside world wants the "game" shut down at all costs.

A good book but lot of statistics ad even worse progress

A great book but too many stats and and progress reports spoil it and the flow. Just to boost I suspect the word count

The premise is of a stretch he’ll the US states I don’t think could agree on a total shut down let alone the world. And if you shut things down a lot of people would die in the hospitals etc. thief back up system would unlikely last for days as well as social breakdown 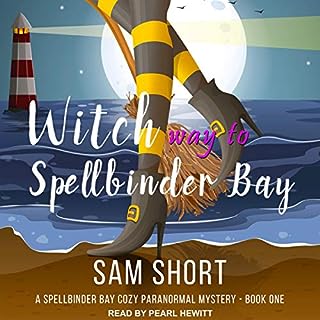 Would you drop everything and move to a town with a peculiar name, because an odd little man made you a strange offer? Millie Thorn did, and she could never have guessed what mysteries and revelations were awaiting her in the magical town of Spellbinder Bay. After witnessing a murder on her first day in the bay, Millie is cast into a world she never knew existed - a world of magic and the paranormal, and a world where it's seemingly normal to have a conversation with a cockatiel named Reuben. 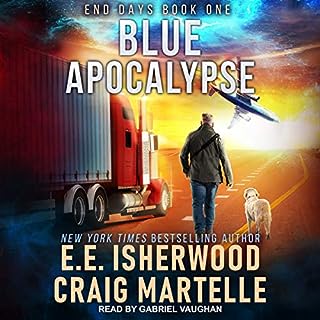 A father and his son. Two-thousand-five-hundred miles apart. A blue ribbon crosses the sky. The world starts to unravel. No one knows what is happening, but everyone is trying to find out. Buck is running his big rig from the west coast. Garth is trapped in New York City with his high school friend. With Marine training and an 18-wheeler, Buck heads east. With no training and no communication with his father, Garth fights just to escape New York City.

A different take on the end of civilisation as we know it story. And a great narrator. Enjoy ♿️ 🖖 🇬🇸y 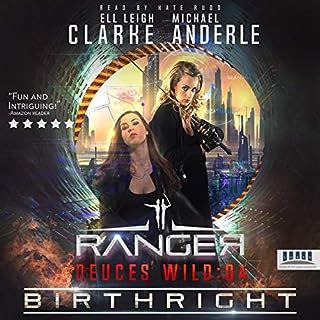 When Nickie follows Prince Prissy-Pants to a random, isolated location in space, what she discovers leaves her reeling. And cussing. In the way that only Nickie can. One thing leads to another and she ends up on a mission to save a whole system from chaos. Unfortunately restoring order depends on her ability to deal with two royal sisters - each battling it out for the crown.

How do they do it

Another great book in this expanding universe of creativity with a great narrator, fantastic characters in a fleshed out interwoven story arc that you can become immersed in. 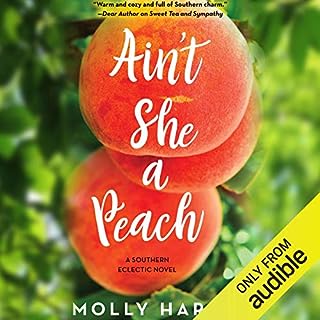 An Atlanta ex-cop comes to Lake Sackett, Georgia, seeking peace and quiet - but he hasn’t bargained on falling for Frankie, the cutest coroner he’s ever met. Frankie McCready talks to dead people. Not like a ghost whisperer or anything - but it seems rude to embalm them and not say hello. Fortunately, at the McCready Family Funeral Home & Bait Shop, Frankie’s eccentricities fit right in. Lake Sackett’s embalmer and county coroner, Frankie’s goth styling and passion for nerd culture mean she’s not your typical Southern girl, but the McCreadys are hardly your typical Southern family. 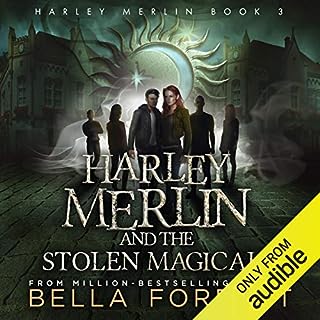 How does one become an all-powerful Child of Chaos? That’s what Harley desperately needs to find out before her unhinged aunt raises the death toll. All she knows for sure is that magical kids are missing, and they somehow fit into Katherine Shipton’s grand scheme. Now that Harley is an official member of the San Diego Coven, she feels more responsible than ever for its protection - and that of the magical world.

Good book and an excellent narrator

A good book with great characters Brough to like by the excellent Amanda Ronconi of Molly Harper an other excellent audible narrations fame. Worth a listen. Especially for Harry Potter fans and like books. Enjoy. ♿️🖖🇦🇺 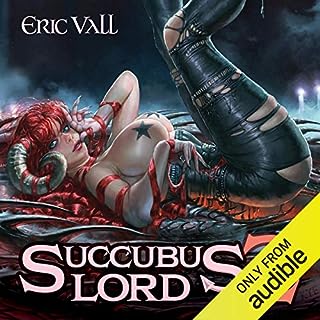 Redhead succubus joins the harem... Sound interesting? The author thinks so too! Listen to Succubus Lord, 2 and experience the compelling world of paranormal and urban fantasy!

Needs to be re edited as there are many errors where the narration errors need to be removed it ok for a few to get though but this becomes annoying when many happen in a row and it’s not picked up. 10-6-2019 ♿️🖖🇦🇺