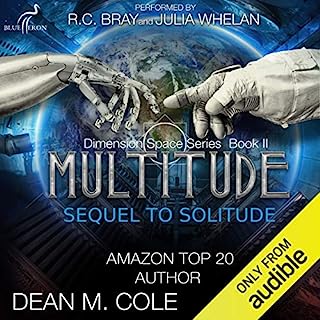 Following the incredible events of Solitude, Vaughn had visions of plying the seven seas with Angela at his side. Then she and fate crapped all over his plans. Bent on discovering the truth about what happened to humanity and the rest of the world's life, Angela drags a less-than-willing Vaughn across the Mediterranean and into central Europe. However, even the overhead presence of a line of levitating steel structures and ships couldn't prepare them for what lied ahead. The size and scale of what they find in Geneva rocks them to their cores.

I thought the first book was great, but this second book is second-rate. Considering the characters are meant to be a mature pilot and an astronaut/physicist they behave like small children which is annoying. The concept is good but the story is poorly executed. Shame. I'll just have to read the first book again. 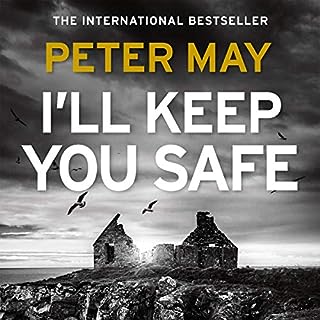 Husband and wife Niamh and Ruairidh Macfarlane co-own Ranish Tweed: a Hebridean company that weaves its own special variety of Harris cloth, which has become a sought-after brand in the world of high fashion. But when Niamh learns of Ruairidh's affair with Russian designer Irina Vetrov, then witnesses the pair killed by a car bomb in Paris, her life is left in ruins. Along with her husband's remains, she returns home to the Isle of Lewis bereft.

As per usual, a beautifully written story. However, a completely improbable and nonsensical ending spoilt the book. Most unlike Peter May. Shame.