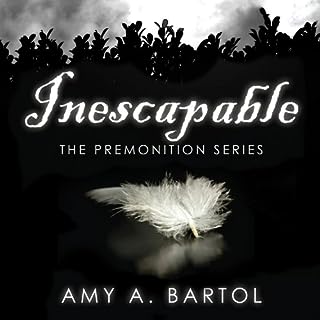 Soon-to-be college freshman Evie Claremont had hoped that once she'd arrived on Crestwood's campus, the nightmare that she'd been having would go away. It hasn't. She may be an inexperienced 17-year-old, but she's grounded... sane. She looks for rational explanations to even the strangest circumstances. Since meeting sophomore Reed Wellington, however, nothing makes any sense. Whenever he's near, she feels an attraction to him - a magnetic kind of force pulling her toward him.

Sucked me in, such a great writer always gives you more then 1 hero and I’m always wondering where the story is about to go, lol totally cool characters never know where adventure is about to go .