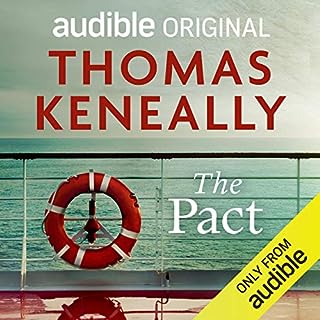 From Australia's master storyteller comes an endearing and engaging novella about a journey as unexpected, painful, intriguing and character-filled as life itself. A cruise was the promise. To cruise away from their troubles. To cruise towards the place where they first met, on the banks of the Thames. A cruise to dwell in their memories together and plan their next chapter. Paddy and Jenny Davern have had a long and happy marriage together in Sydney. Together they embark on a cruise to London, for the last leisurely journey in each other's company.

I almost stopped listening to this one as it’s a disturbing story and I didn’t feel comfortable with the intentions of this couple. I think they were in a position to make alternative choices to distance themselves from being dragged down by one son. This story does not consider the devastating effects suicide has on the innocent remaining family. I like Tom Keneally’s writing, this story reminded me a bit of Williamson’s play & that’s why I listened to the excellent narrators, but I don’t like this subject. I would not recommend this book. 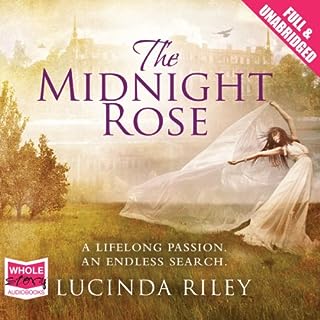 In the heyday of the British Raj, Anahita becomes Princess Indira’s official companion, and accompanies her to England just before the outbreak of the Great War. There, she meets the young Donald Astbury – reluctant heir to a magnificent, estate – and his scheming mother. Eighty years later, Rebecca Bradley, a young American film star, has the world at her feet. Her latest role, playing a 1920s debutante, takes her to the now-crumbling Astbury Hall… 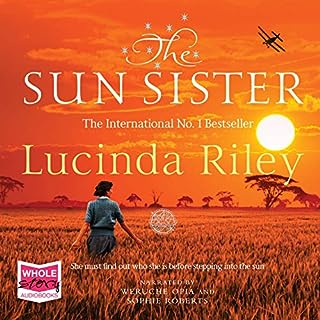 To the outside world, Electra D’Aplièse seems to be the woman with everything: as one of the world’s top models, she is beautiful, rich and famous. Yet beneath the veneer, Electra’s already tenuous control over her state of mind has been rocked by the death of her father, Pa Salt, the elusive billionaire who adopted his six daughters from across the globe. Struggling to cope, she turns to alcohol and drugs. As those around her fear for her health, Electra receives a letter from a complete stranger who claims to be her grandmother.

A compelling last book in this fabulous series of the Seven Sisters. So beautifully written. Each book was intertwined so well with cultural fascinating history and family stories. I loved each book. Each one became a favourite. Lucinda Riley has expertly blended extensive historical and contemporary research with sensitivity into the lives of her characters. I am sorry to have finished the series. Highly recommended. 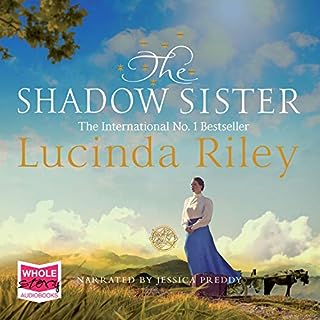 When their father dies, Star D'Aplièse and her six sisters, all adopted by him from the four corners of the world, are left with few clues to their heritage. But Star - the most enigmatic of the sisters - is hesitant to step out of the safety of the close relationship she shares with her sister CeCe. In desperation, she decides to follow her first clue, which leads her to an antiquarian bookshop in London, and the start of a whole new world....

I am loving this series of the Seven Sisters. Each story is very different and captivating. Can’t wait to listen to the next one. 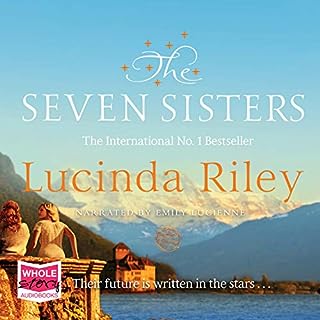 Maia D'Apliése and her five sisters were all adopted as babies. When their father dies each of them are given a clue to their true heritage - a clue which takes Maia across the world… Rio de Janeiro, 1927, Izabela Bonifacio convinces her father to allow her to accompany him to Europe. There, in the heady, vibrant cafés of Montparnasse, she meets ambitious young sculptor Laurent Brouilly, and knows at once that her life will never be the same again…

Loved this novel and can’t wait to listen to the next one in this series. 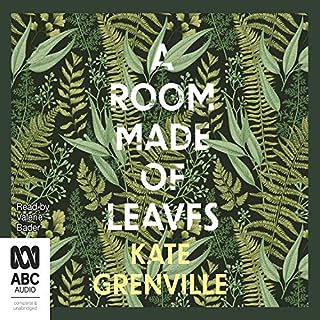 What if Elizabeth Macarthur – wife of the notorious John Macarthur, wool baron in early Sydney – had written a shockingly frank secret memoir? In her introduction Kate Grenville tells, tongue firmly in cheek, of discovering a long-hidden box containing that memoir. What follows is a playful dance of possibilities between the real and the invented. Grenville's Elizabeth Macarthur is a passionate woman managing her complicated life-marriage to a ruthless bully, the impulses of her own heart and the search for power in a society that gave her none - with spirit, cunning and sly wit.

This is a must read or listen to book. It was fascinating and intriguing to imagine Elizabeth Macarthur’s life as the first European woman in the Colony of NSW married to such a notorious man as John. 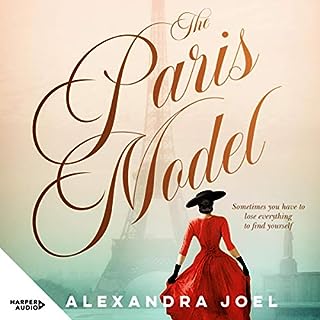 After a shocking discovery, Grace Woods leaves her vast Australian sheep station and travels to tumultuous postwar Paris in order to find her true identity. While working as a mannequin for Christian Dior, the world's newly acclaimed emperor of fashion, Grace mixes with counts and princesses, authors and artists, diplomats and politicians. But when Grace falls for handsome Philippe Boyer, she doesn't know that he is leading a double life, nor that his past might inflict devastating consequences upon her.

Based on a true story during and post WW2, with a fascinating connection between country NSW and high fashion in Paris. From great tragedy life unfolds in unpredictable ways. Thoroughly enjoyed it. 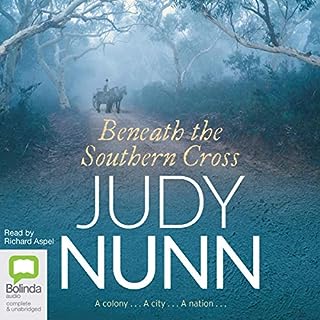 In 1788, Thomas Kendall, a naïve 19-year-old sentenced to transportation for burglary, finds himself bound for Sydney Town and a new life in the wild and lawless land beneath the Southern Cross. Thomas fathers a dynasty that will last more than 200 years. His descendants play their part in the forging of a nation, but greed and prejudice see an irreparable rift in the family which will echo through the generations. It is only at the dawn of the new millennium - as an old journal lays bare a terrible secret - that the family can finally reclaim its honour....

An interesting family story through the generations from convict days to present times in Sydney. Historical milestone events woven in such as WW1, the Sydney Harbour bridge opening. At times the generations in the middle became a little confusing trying to achieved too much into one book. It could have easily been a trilogy of books. Great story. Probably of more interest to Sydney people as the places mentioned are so familiar to us. 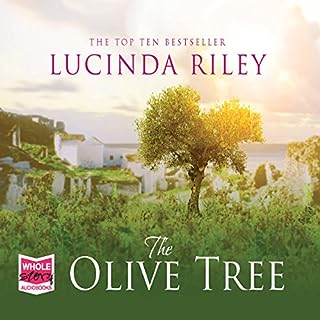 It has been 24 years since a young Helena spent a magical holiday in Cyprus, where she fell in love for the first time. When the now crumbling house, Pandora, is left to her by her godfather, she returns to spend the summer there with her family. At the difficult age of 13, her son, Alex, is torn between protecting his mother and learning the truth about his real father. Both Helena and Alex know that life will never be the same once Pandora's secrets have been revealed.

A most enjoyable book with interesting twists and some unexpected turns. Colourful characters involved in modern day relationships and family situations. I loved it. Never boring, kept me interested and keen to know what mystery would be revealed. I’m now a follower of Lucinda Riley and eager for another one of her books. 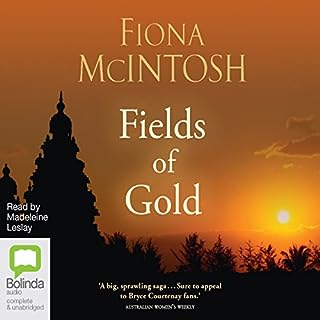 A gripping story of love and rivalry from the internationally best-selling author of The Lavender Keeper. Charismatic womaniser Jack Bryant has the world at his feet, but when trouble catches up with him he's forced to flee Penzance for good. Honest Ned Sinclair is on a family adventure in Rangoon when he is dealt a bitter blow. With all the odds against him, he risks his life in a desperate bid to escape. Both men hope to start their lives anew, seeking their fortune in India's fields of gold.

One of her best

Loved listening to this story. Fascinating pictures painted of life before independence in India and the British Way of life and privilege. I found it spell binding. Sorry when it ended.