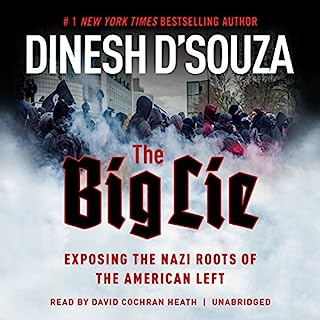 What is "the big lie" of the Democratic Party? That conservatives - and President Donald Trump in particular - are fascists. Nazis, even. In a typical comment, MSNBC host Rachel Maddow says the Trump era is reminiscent of "what it was like when Hitler first became chancellor." But in fact, this audacious lie is a complete inversion of the truth. Yes, there is a fascist threat in America - but that threat is from the Left and the Democratic Party.