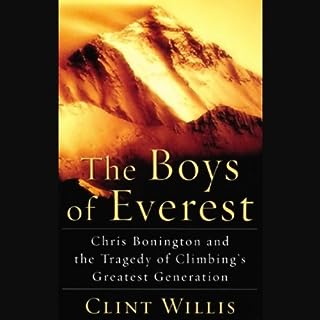 This gripping story of courage, achievement, and heartbreaking loss tells of Bonington's Boys, a band of climbers who reinvented mountaineering during the three decades after Everest's first ascent. Chris Bonington's inner circle included a dozen of the most renowned climbers, who took increasingly terrible risks on now legendary expeditions to the world's most fearsome peaks, and paid an enormous price. Most of them died in the mountains, leaving behind the hardest question of all: was it worth it?

I really enjoyed this. The writing style is very engaging and thoughtful. I would recommend this book