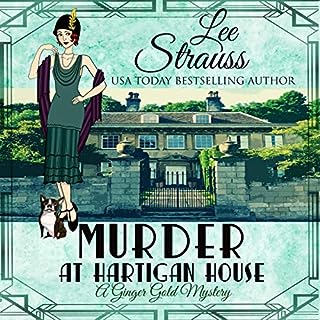 After a weeklong passage over the Atlantic from Boston to Liverpool, Ginger Gold arrives at her childhood London home--Hartigan House--to find decade-old remains from some poor woman on the floor in the attic. Ginger's Boston terrier, Boss, noses out a missing phalange from under the bed. It's a mystery that once again puts Ginger alongside the handsome Chief Inspector Basil Reed. Who is the victim? And how did she end up in Ginger's home?

I found this a fun and entertaining read but it also kept me guessing right up to the end. 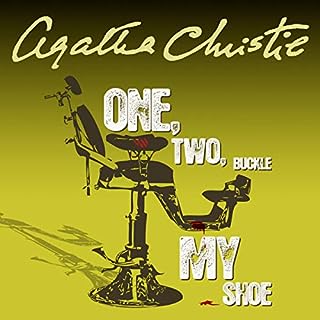 The dentist was found with a blackened hole below his right temple. A pistol lay on the floor near his out-flung right hand. Later, one of his patients was found dead from a lethal dose of local anaesthetic. It's a clear case of murder and suicide. But why would a dentist commit a crime in the middle of a busy day of appointments? A shoe buckle holds the key to the mystery. Now, in the words of the rhyme, can Poirot pick up the sticks and lay them straight?

As usual Christie's novels have unexpected moments . I very much enjoyed it and always find Hugh Fraser's renditions excellent.
Robyn