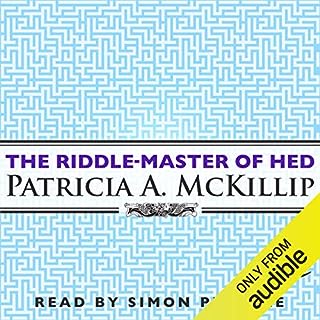 Long ago, the wizards had vanished from the world, and all knowledge was left hidden in riddles. Morgon, prince of the simple farmers of Hed, proved himself a master of such riddles when he staked his life to win a crown from the dead Lord of Aum.But now ancient, evil forces were threatening him. Shape changers began replacing friends until no man could be trusted. So Morgon was forced to flee to hostile kingdoms, seeking the High One who ruled from mysterious Erlenstar Mountain.Beside him went Deth, the High One's Harper. Ahead lay strange encounters and terrifying adventures.

Probably my favourite book of the trilogy, but I found the jarring inconsistency between the pronunciation of key place and character names by the narrator of this book and the pronunciations used by the narrator of the first book rendered it unlistenable. Changing narrators for the second book makes sense, but first get your two voices to agree whether the stress falls on the first or second syllable of Morgon, and whether he is from Hed or Heed. 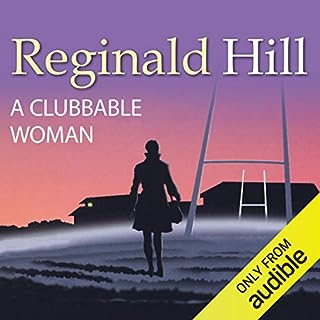 This is the first novel in the Dalziel and Pascoe series, which was made into a hugely popular BBC TV serial. Two unorthodox police officers are called to investigate dodgy dealings at Wetherton rugby club after the body of their star player's wife is found dead at home.

A solid conventional detective story to start a series that became very unconventional and exceptionally good. The audiobook was marred by chapters out of order, erratic volume levels and a sometimes disconcerting mismatch between the expression and meaning of the words being read. The book is well worth reading, but in future I will stick to my printed copy.